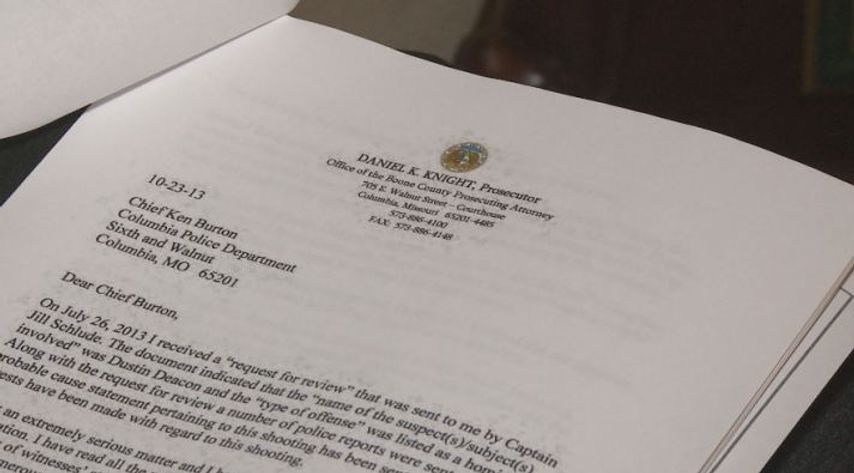 COLUMBIA - A group called Justice for Brandon is rallying at St. Luke's church Monday against the decision to not file charges against Brandon Coleman's alleged killer Dustin Deacon.

This is not the first time activists and protesters came together for the case of Brandon Coleman. Missouri NAACP President of local and state chapter Mary Ratliff says the decision is "unbelievable."

"What we are saying in the community what we believe and what we are going to fight for as long as we can fight to have at our disposal have this case heard by a jury," Ratliff said.

Boone County Prosecuting Attorney Dan Knight says this case was very time consuming but after careful consideration feels he made the right decision.

"In this case, I examined all the physical evidence all the police reports, listened to hours and hours of video tapes statement, we conducted additional testing ourselves, I went to the crime scene a number of different times..after considering the evidence in this case, after considering the law and my ethical responsibilities as a prosecutor I decided to not file charges against Dustin Deacon," Knight said.

"There are so many discrepancies in this report and I can't believe the prosecutor know all of these discrepancies and went away with his decision anyway. Who the aggressor was, evidently the person swinging the machete," Ratliff said.

Knight said he encourages to go to his website and read his 14-page decision.