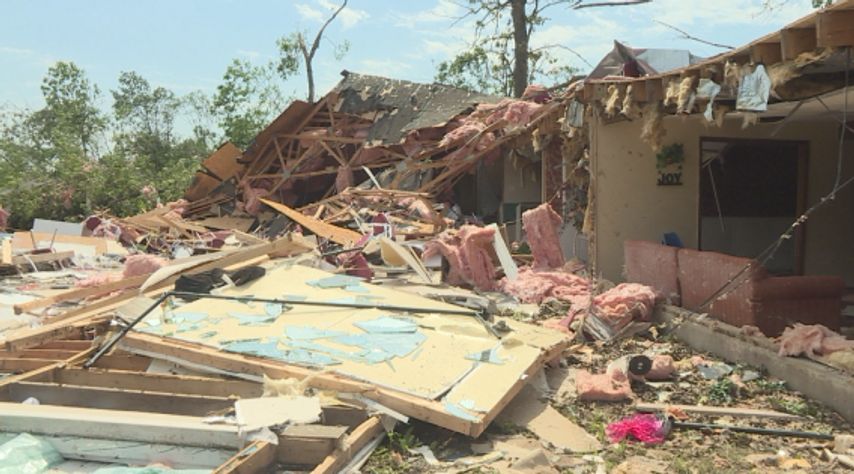 JEFFERSON CITY - Members from House of Refuge are keeping their faith after Wednesday's tornado completely destroyed their church.

Pastor Jennifer Webb said she didn't think the damage was going to be as bad as it was.

"We got a call that our church was completely demolished and everything we had, everything was gone. The tornado just swept it away," she says.

Webb said she knows God played a role in the disaster.

"We can't control what God does, but I was, I trust God. But I just broke down," she says.

Webb said after she saw the damage she couldn't stop crying.

"I just broke down. I broke down and cried all yesterday, I kept breaking down and crying," she said.
Another pastor for the church, Andre Grinston, said he brought his keys with him to open the church doors.
"I kind of knew that it had been struck, but I wasn't sure how bad so I came with my keys and I had my keys in my pocket. I came and I was ready to open and I was devastated cause I wasn't expecting it to be this bad," Grinston said.
Grinston and Webb said they plan on rebuilding once they are able to find a new location.
"Everything is going to be alright it's just gonna take time for us to rebuild. I just want to make sure the flock don't scatter," Webb said.
The church is accepting donations for their future location. For more details go to the House of Refuge Facebook page.