Churches and lawmakers square off over gun laws 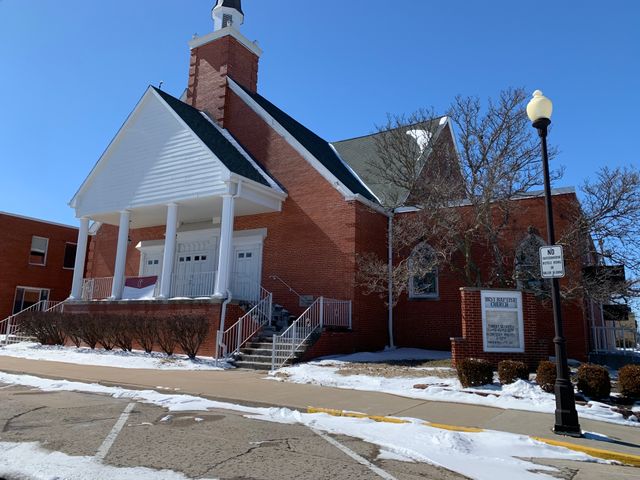 CENTRALIA – As mass shootings in places of worship make national and international headlines, more states are changing laws and churches are arming up.

Christian informational website LifeWay reports 18 fatal shootings at houses of worship between 1999 and 2017. Since then, the most notable shooting took place at a Tree of Life synagogue near Pittsburgh.

Missouri lawmakers are debating whether church members should be able to carry concealed weapons on church grounds. Two bills, one in the Missouri House and one in the Senate aim to repeal a current law, making churches gun-free zones.

Chris Baker is a pastor at First Baptist Church in Centralia. His church first had this conversation after an intruder entered the premises. The intruder was arrested but the uneasiness stayed.

“We kind of have this small town feel here, you know, most people feel like this is Mayberry and really it’s not, you know, anymore,” Baker said.

The church's security team is made up of six to eight volunteers. Some are off-duty police officers, while others are civilians.

“Our primary concern is keeping the folks safe who come here. It’s highly unlikely that anything will ever happen, but we want to be prepared in the event that something­ does,” Baker said.

Members of the security team are set up at each entrance every Sunday. Baker doesn’t want the team to look menacing and wants the church to remain a welcome place.

“We’re open to really everyone, anyone can come in here. We want that,” Baker said. “We don’t want a security presence that looks intimidating.”

State law prohibits team members carrying guns in church unless the church gives each individual specific consent. The bills would switch that around so that firearms would be allowed unless the church posts a sign prohibiting them.

Rep. Jered Taylor R-Republic sponsored the bill in 2019 and similar ones in the past two years.

“We’re taking away the right to private property owners to make that decision when we’re saying ‘No, this is a listed location that you can’t carry into,’ rather than leaving that decision up to them,” Taylor said.

Taylor said he is hopeful the bill will pass in 2019. However, many concerned residents have made their opinions clear at a recent hearing.

Rabbi Daniel Bogard with the Central Reform Congregation in St. Louis went on record against the bill.

“Please don’t make it easier for people to bring guns into our houses of worship,” Bogard said.

Tyler McClay with the Missouri Catholic Conference just wants everything to stay the same.

“In short, we’d like the current statutory scheme. Don’t like this statutory [change] that shifts the burden to us to put signage in our sacred spaces,” McClay said.

Either way, Baker said there has to be better training.

“Not just firearms handling but training, too. How do you respond in a situation like this, and have you had to learn how to do that when you’re under duress, when you’re in a stressful situation,” Baker said.

That’s exactly what Mike Deans and his wife Jacalyn at Ozark Shoot-Don’t Shoot in Ozark are trying to do.

More church security teams like theirs have been popping up over the years. They started working with churches in 2018.

“When we started to reach out to them. We found out that they were searching already for people like us,” Deans said.

They now work with 20 churches and just recently got into the mid-Missouri market after training one couple in Columbia. They use a MILO Range PRO Simulator that Deans said is used by a lot of federal agencies. He said it is proven to work very well for training purposes.

“On these realistic scenarios, they are human beings like you visualize a person running at you, yelling at you. Shock and awe. You have to interact with them, and it causes stress -- A lot of stress – that a real event does,” Deans said.

Deans and his wife are both certified MILO instructors. Deans' background involves 45 years in Law Enforcement.

“With the dangers in our society now, the civilians have learned they can’t depend on law enforcement to be there in a short time. They have to learn to protect themselves and that’s our mission,” Deans said.

Baker said this is just a part of conducting ministry today.

“God has entrusted us with these 200 people every Sunday. Part of shepherding them well is making sure we can protect them.”

He said it’s better to prevent an incident and de-escalate the situation.

“We want a peaceful resolution if possible,” Baker said. “Nobody wants bullets to be flying.”