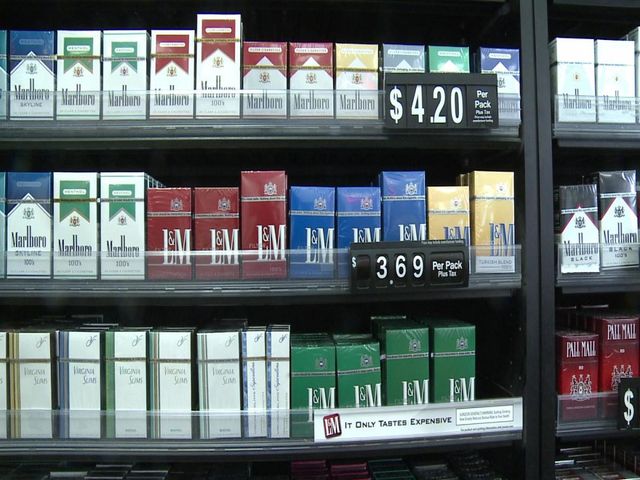 JEFFERSON CITY - There were many contrasting opinions Monday after Secretary of State Robin Carnahan's office released four successful ballot measures Sunday that will now be considered for the Missouri ballot in November.  The four measures that will now be decided upon include increasing the state's minimum wage from $7.25 to $8.25, increasing the state's cigarette tax 73, a pay day loan interest cap at 36%, and returning control of the St. Louis police department back to the city.

Missourians submitted a record number of signature petitions this year, but only four successfully made it through.  The four signature petitions will now be sent to local election committees to verify signatures on the petitions.  There is no guarantee that any of the four ballot measures will be on the ballot in November, but if the petitions have the sufficient amount of accurate signatures, they will be.

Missouri Petroleum Marketers and Convenience Store Association executive director Ronald J. Leone compares the attempt to increase the state's cigarette tax to previous instances.  He says that the state had little support in 2002 and even less support for the proposed cigarette tax increase in 2006.

"It's outrageous and unreasonable," said Leone.  "A 429-percent increase is absolutely unbelievable.  It's the largest tax increase ever proposed this proportionately in Missouri.  We support a modest increase in the cigarette tax, but this potential increase is cowardly.  It's cowardly that Missouri is trying to tax a minority of people who are smokers to try and fund things like education.  If they want to make improvements to specific programs, don't tax the minority of smokers, it's a much bigger problem than that."

Missouri has the lowest cigarette tax in the United States.  Missouri currently has a 13-cent tax while the next closest state is Virgina with a 30-cent tax.

Supporters of the cigarette tax increase said the increase would raise more funds for tobacco prevention programs and to help pay for some education costs.  Some people wanting to increase the tax say that it could deter the number of kids from smoking.

Another potential November ballot measure is attempting to increase the state's minimum wage requirement by a dollar.  Justin Shaw works at "The Car Guys!" in Jefferson City.  He said he makes a little more than the minimum wage right now and why he supports the wage increase.

"For the people that don't make a lot of money, it would help them out a lot," said Shaw.  "It would help tremendously.  People would have to worry about their money just a little bit less."

Jay Cheshire is the general manager of "J. Pfenny's" in Jefferson City.  He does not support the minimum wage increase.

"Let's put it this way.  If I have to pay my workers more, then the price of labor goes up, which means the price of making meals goes up.  It's basically a big chain and it would cost me more," said Cheshire.

Local election committees have until Aug. 7 to determine if the signatures are valid.