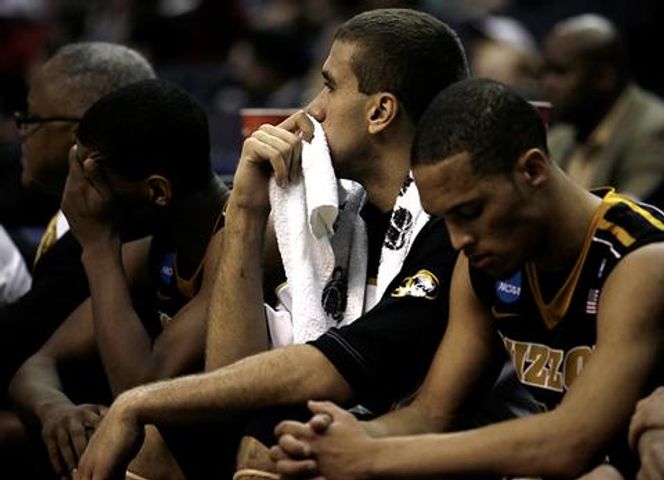 WASHINGTON (AP) -- Yancy Gates had 18 points and 11 rebounds, and Cincinnati made a successful return to the NCAA tournament Thursday night with a 78-63 win over Missouri.

The sixth-seeded Bearcats used their stalwart defense to hold the run-all-the-time Tigers to 29 percent shooting in the first half and 38 percent for the game. Missouri went some 11 minutes without scoring a field goal to fall behind by 15 early in the second half and finished well below their average of 81.4 points per game.

Cincinnati (26-8) will face Connecticut on Saturday in a rare early round matchup of Big East teams, necessitated by the conference's record 11 bids to this year's tournament.

The Bearcats last played in the NCAAs in 2005 -- before coach Bob Huggins' messy departure.