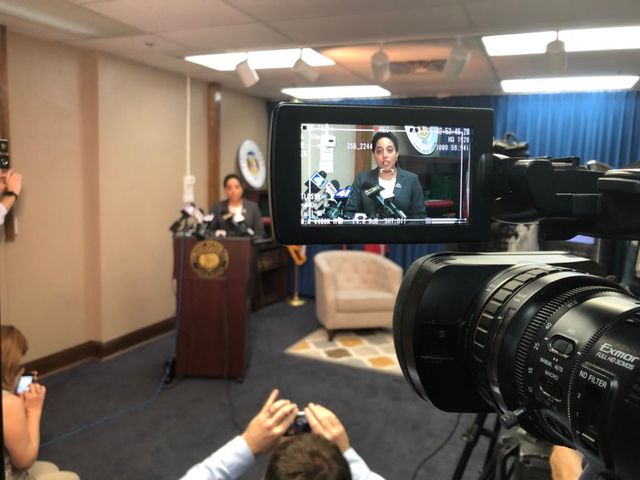 "I remain confident that we have the evidence required to pursue charges against Mr. Greitens. But sometimes, pursuing charges is not the right or just thing to do for our city or state," Gardner said in her statement.

Gardner did not take any questions after briefing, but spokeswoman Susan Ryan confirmed off-camera that Greitens' resignation was part of the agreement for the charges to be dropped.

Ryan said Greitens' legal team reached out to Gardner's office over the weekend.

The investigation of the felony invasion of privacy case against Gov. Greitens is still open, but is not being pursued by the St. Louis circuit attorney's office. Jackson County Prosecutor Jean Peters Baker is overseeing the case, and hasn't determined whether she will re-file the charge after it was dropped on May 14.