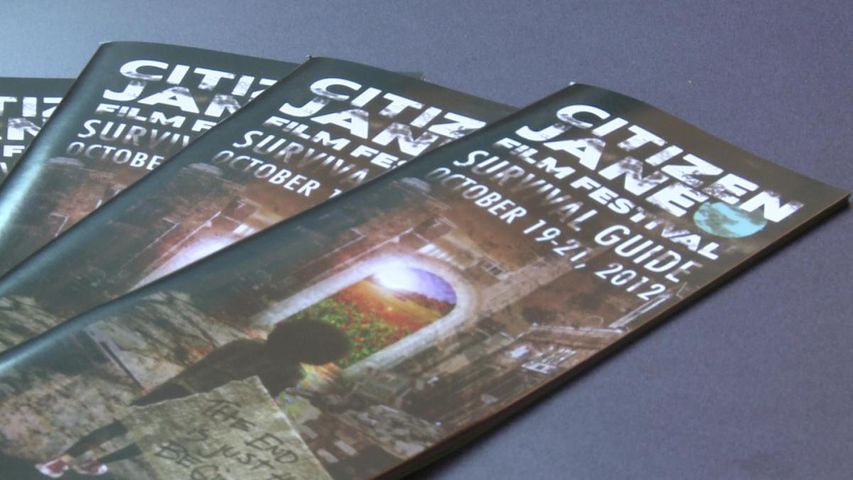 COLUMBIA - Friday marks the start of the fifth annual Citizen Jane Film Festival at Stephens College in Columbia. The festival's theme this year is "the end of the world" and will showcase films by female directors from across the United States. The annual festival takes place at several locations around Columbia, including Ragtag Cinema, The Missouri Theater, and Stephens College.

Events kicked off Friday afternoon with a panel of female directors. The event entitled, "Superwomen: Amazing Feats in Film!", allowed directors to share their specific experiences in the film making industry. "The film school really is an awesome way to just get a little appetizer or sampler of the festival, and just see what you like, and it kind of gives you direction," said co-director Paula Elias. Another symposium, titled "Short Cuts: The Art of the Short Film," highlighted filmmakers who created short films for the festival.

Megan Hague of Yellow Springs, Ohio is a student filmmaker who created the short film, "Women Who Yell" with film partner Kyle Wilkinson. Hague said making documentaries is her way to step "beyond a wall" to access and tell people's stories which would otherwise never be told. "It just sort of gives you the opportunity to go into spaces that you wouldn't otherwise be able to go into. It lifts that curtain, or wall between you and this barrier." Hague said.

Many Stephens College students, including freshman film major, Clara Canfield, are helping with different aspects of the weekends events. Canfield said, "I am able to really be involved with the film screenings this weekend. I am looking forward to speaking with some of the other female directors."

Other events scheduled for the weekend include a costume contest on and an "end of the world" dance party to go along with this years festival theme. Film screenings and festival activities run from Friday afternoon through October 21st. Tickets cost $8 for each screening.