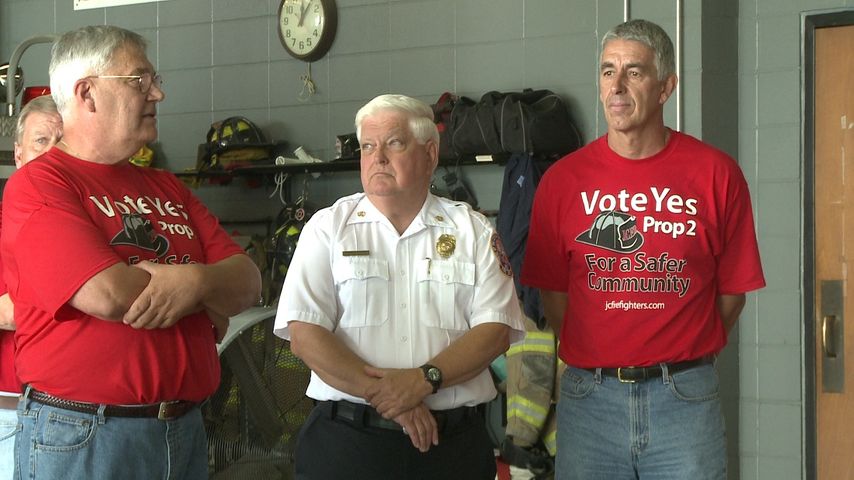 JEFFERSON CITY - Citizens For a Safer Community are hosting a campaign rally at Fire Station One today to promote the Jefferson City Fire Department's improvement plan. The organization is promoting Proposition 2, which would include a quarter-cent sales tax and would generate more than $2.5 million for the department. These funds would provide the department with upgrades and resources it says it desperately needs.

Citizens are invited to attend the rally Wednesday at noon to hear about the campaign updates and hear from local supporters in the insurance industry about the value of the fire department. Firefighters will explain the plan to voters again at the rally.

The plan includes a 17% reduction to personal, residential and commercial property taxes. The quarter cent sales tax would generate $2.6 to $2.7 million for the department every year and would cost the average tax payer $4 a year.

The fire department recently received a three rating on a ten point scale, with ten being the worst and one being the best. Jefferson City Fire said in order to boost its rating it would need additional stations, more training, fire inspections and firefighters. These are all things the department said it will add if Proposition 2 passes in August.

This past week, firefighters have been walking Jefferson City streets going door-to-door talking with voters answering their questions and providing facts about Proposition 2. Voters will make a decision during the August 7 primary election.