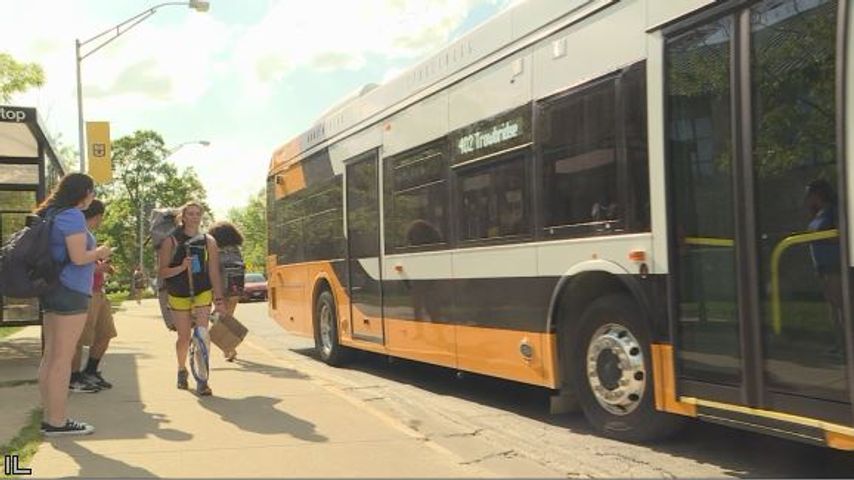 COLUMBIA - As people plan for the solar eclipse on Aug. 21, getting around could be a problem for those who depend on public transportation.

Barry Dalton, the public information officer for Columbia Public Works, said both Go COMO and Para-Transit will stop running from 12:30 p.m. until 2:00 p.m. Tiger Line, which is a free shuttle service for MU students, will not be in service from 12:45 p.m. until 1:30 p.m.

"There will be a suspension of the Go COMO bus service on August 21st for safety reasons," Dalton said. "Our traffic engineers are anticipating heavy traffic. So we're asking if you could follow our lead, plan ahead, and try not to be out on the roads during the eclipse."

Several major school districts in mid-Missouri aren't as concerned with anticipated traffic during the eclipse. Michelle Baumstark, the community relations director for Columbia Public Schools, said that while some buses may be re-routed to avoid viewing areas in Columbia, it would be "just another day" for school bus transportation.

Amy Berendzen, director of school-community relations at Jefferson City Public Schools, said the school district is expecting more traffic but would not be making any changes.

"It's business as usual, but we are expecting delays," Berendzen said. "We'll ask for patience, but we ensure that students will get home safe and sound."

The Columbia Convention and Visitors Bureau estimates more than 100,000 tourists will be in Columbia for the solar eclipse.

For answers to all your eclipse questions refer to our KOMU 8 Eclipse Deep Dive.