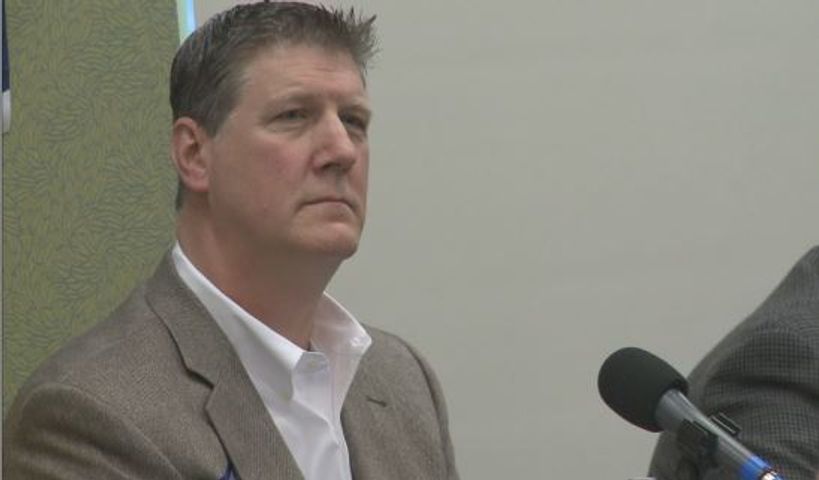 One of those is public safety and the funding that goes into it.

He said, “The first thing I would do is prioritize increasing the budget for public safety since we’ve had 46 percent increase in violent crimes.”

Leuther’s campaign website said, “City Council has an obligation to the people of Columbia to ensure the resources are available and accessible for our public safety officers.”

Leuther said, if the city increases the budget by one percent, that's $4 million that can be added to public safety. In a Women's Voter League meeting, Leuther's opponent, Third Ward council member Karl Skala, said he would like to see where Leuther is getting his numbers. (See our candidate profile of Karl Skala.)

"I'm the only council candidate that's been endorsed by Columbia Police Officer's Association," he said. "I've also been endorsed by two other mayors from other cities, and I believe that stands for something."

Leuther is a pastor at Family Worship Center. He said being a pastor encourages him for the campaign.

Another issue Leuther focuses on is job creation. According to his campaign website, "Tom will be the voice for Columbia's middle class and small business community and work diligently to make the environment more appealing for business expansion and relocation for Columbia."

He said, "I have a passion to help people reach their potential, get better jobs, and be able to have that opportunity to fulfill the dreams that are in their hearts, especially the American dream."

Leuther said his campaign is also prioritizing economic growth. In a Women's Voter League meeting, the attendees asked what vision did Leuther have for downtown Columbia.

He said a thriving economy downtown is very important.

"I believe it will become a thriving community again."

Leuther said he can bring up fresh ideas and listen to what the public really desires.

“I have a passion to see Columbia grow,” Leuther said. “And I think the present leadership right now is not taking Columbia down the right path.”

Leuther said the majority of his contributions come from "individuals who believe I can bring in fresh ideas."

The Columbia City Council election is on April 5.