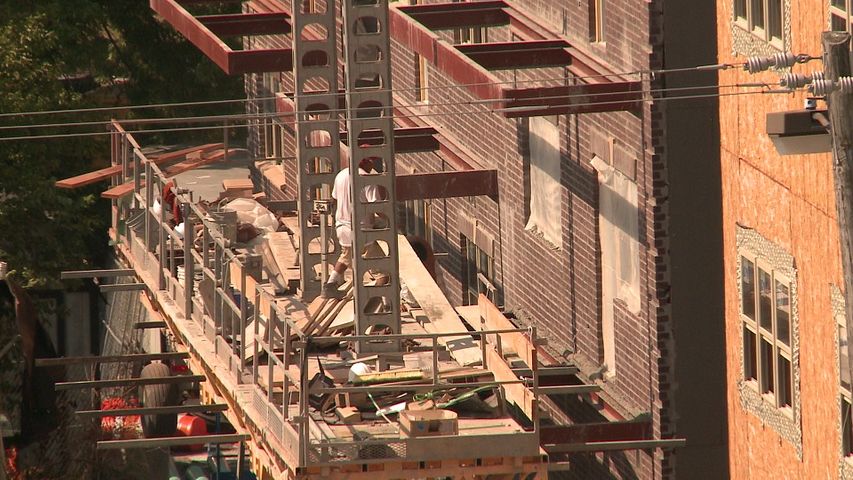 The freeze was originally supposed to end on December 1, 2016.

This “administrative delay” includes the processing of applications for building permits to construct new apartment buildings and the demolition of buildings that are at least 50-years-old in a certain area.

Michael Trapp, city council member for Ward 2, said he was originally against the initial delay, but now that it’s in effect he has changed his mind.

“Planning and zoning has taken a lot of public comment and is working on another draft of the revised zoning codes. So we can’t really rush that process. So it makes sense to extend the administrative delay until we have clarity in regards to what are the rules to develop downtown,” Trapp said.

He said the reason for the initial delay was, “to make sure that we reform the zoning code so that we had stricter rules governing the appearance of downtown buildings and that there are greater protections for quality of life and sense of place issues.”

A student housing vacancy report was also introduced to the city council.

Lelande Rehard put together the report for the city council and gathered the data from a variety of sources.

“What we found is the vacancy rate off campus is higher than it is downtown, which could be normal, but we don’t have enough data to track a trend,” Rehard said.

Trapp said, “What I saw is that all of the downtown stuff is leased up. That is still a strong product.”

The report also states, “The number of applicants, enrolled students and transfers for almost all segments were down for Fall 2016.”

“We know that there is a gap between the designated number of student units and the number students who pursue housing off-campus,” Trapp said.

Rehard said the drop in enrollment won’t be felt until Fall 2017 when previous freshman are looking for housing.

There is no call to action on the report, it was mainly informational for the council and community.