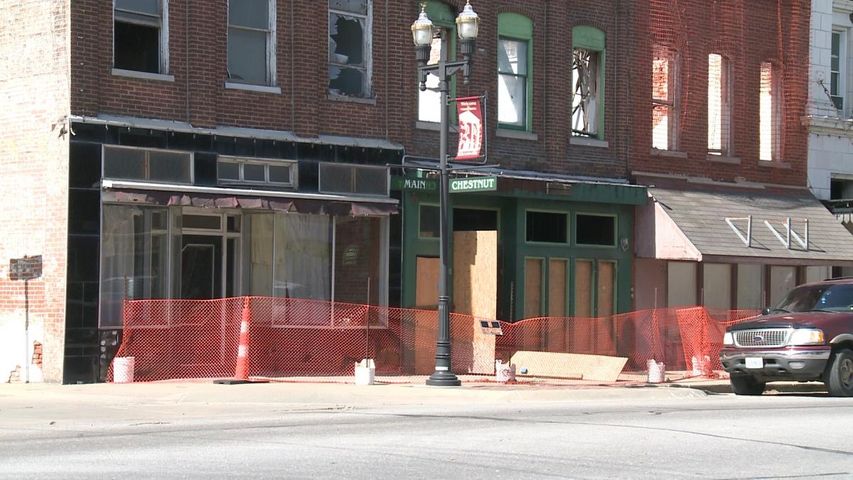 BOONVILLE - It has been about a year since the Stein House burned down and the Boonville City Council finally announced the remains are dangerous and hazardous. Along with that analysis, it gave the owners of the three buildings an ultimatum.

The city administrator refused to speak to KOMU Tuesday, but the Boonville Daily News reported the owners have, "30 days to create a shoring or repair plan and present it to the council, with construction taking place in 45 days."

The newspaper said, "If reconstruction or demolition haven't occured within 90 days, city administrators can begin taking bids for demolition."

The only thing Boonville's Mayor, Julie Thacher would say is that the city could vote on the issue in its next council meeting in about two weeks.

Some of the business owners located near the Stein House said they really do not care what happens to the damaged building as long as something is done. They said it is dangerous especially when there are windy conditions. The only thing they do not want to see happen is the area being turned into another park.