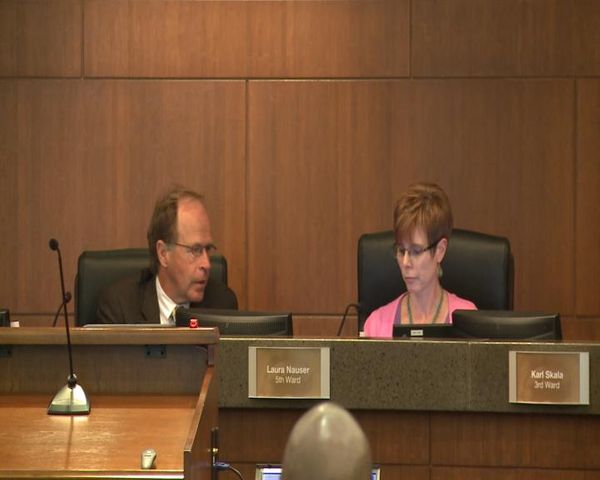 COLUMBIA - City Council member Laura Nauser said just before Monday's city council meeting that she supports the proposal by Columbia Police to expand its force by up to 75 percent over the next ten years.

"I think it's imperative that the city council rely on the city staff that we've hired to advise us. And we've had the consultant come in and advise us. And we have been behind in our hiring for police due to budgetary constraints. And so whether that's the appropriate amount I'm going to leave that up to the chief of police to tell us," Nauser said.

Nauser said the city council will take up the matter of the new police facility and all city hiring, including the police and fire departments, at the budget retreat this weekend. She said she encouraged all Columbia residents to be active participants in the budget process and contact their council members.

KOMU broke the story about the police hiring plans last Thursday. KOMU reached out to city council members then, but none reacted to the news by the time the story had aired.

Since then, Nauser and council member Karl Skala said they would be happy to comment, though KOMU wasn't able to reach Skala Monday. Council member Barbara Hoppe referred inquiries to the police chief.