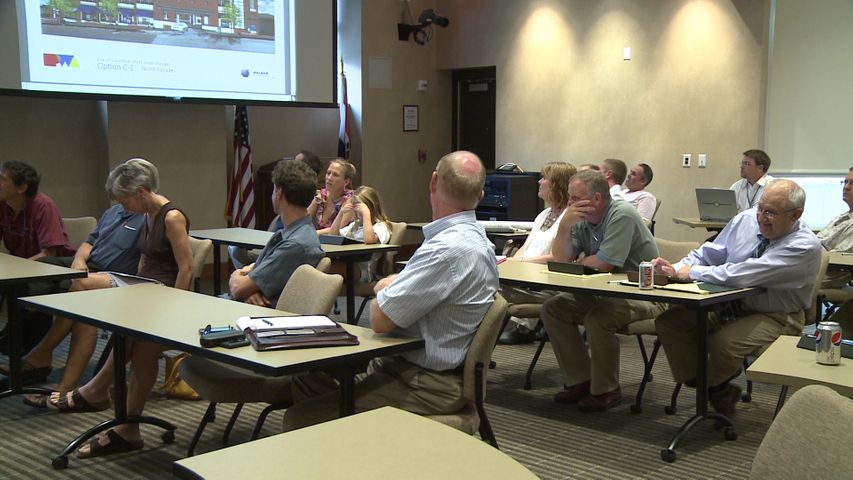 COLUMBIA - In a somewhat disorganized fashion, Columbia City Council picked a design for the proposed Short Street garage Wednesday night. What began as an open work session turned into a game of musical chairs as the public was let in, kicked out, and then let back in while city council decided it needed to review more information before presenting Walker Parking Consultants' design for the garage to the public.

The city will build the proposed parking garage behind what's currently the Regency Hotel. Crews will demolish and rebuild the hotel as early as this fall. This puts city council on a tight schedule as they try to get through the process as quickly as possible.

"We have the property next door. I would think that they would be wanting some input from merchants that have been in the area for over 30 years," he said.

The design for the $9.1 million dollar project calls for between 340 and 400 parking spaces, with less than half being allocated for public parking. The design has room for commercial retail development, but details about commercial development won't be revealed until the next work session September 26.

A public hearing for the proposed garage is scheduled for the first week in October.