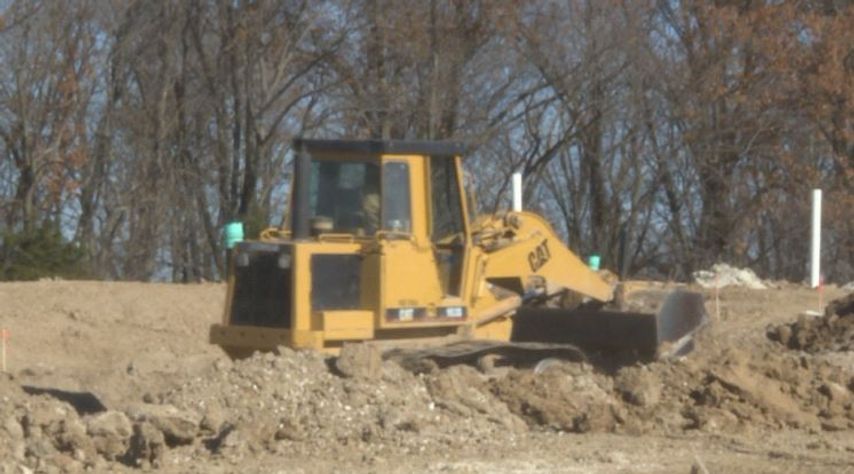 CPS purchased the 63-acre lot at the end of September. The property, located near Mill Creek Elementary School, is intended to help remove crowding at Gentry Middle School and to account for growth in South Columbia.

Fifth Ward Councilman Matt Pitzer motioned to table the preliminary plat, giving the city and school district more time to come up with a plan for Sinclair Road.

The postponement of the plat approval raises concerns about the construction timeline. The school is not scheduled to be completed until 2020.

"It definitely needs to happen at this time and at this place," Pitzer said. "But, right now it's not safe for kids to walk and bike to that school site."

Second Ward Councilman Michael Trapp was one of the two councilmen to vote against the postponement.

"The voters have funded this school, a traffic study has said that it is safe," Trapp said. "So if the traffic engineers are signing off on its safety, then I think we should go with the will of the voters who approved this school. We should allow the school to move forward with their plan."

"I'm confident that our planners and the school planners are going to be able to complete those projects before the school opens in two years. I didn't want to upset the construction timeline for the schools. Then I felt like nothing substantive is going to be done in that two months."

A study by the local traffic engineering firm CBB found the current plat to be safe, but also made recommendations. In response, CPS will build a deceleration lane and sidewalks in front of the school, as well as set money aside for intersection improvements at Route K and Sinclair Road.

Two roundabouts on Sinclair Road have already been approved by the city council near the middle school site because of increased traffic. Other projects are also ongoing or will begin construction soon, such as a new culvert and sidewalk construction along Old Mill Creek Road.

One point of contention among the councilmen is funding for all of the projects.

"I think it's also incumbent upon the school board to contribute to the funding because of the accelerated demand that they're placing on Sinclair Road and the traffic and the walking and the biking needs of the students there," Pitzer said.

"I don't think it's right to ask them to build miles of sidewalk," Trapp said. "The schools need to build their facilities with their capital money, they need to operate their transportation fleet and they need to educate our young folk. Road infrastructure is primarily a city responsibility."

"We've got some serious road improvements. The neighborhood is looking for a rebuild, looking for extra lanes and adding sidewalks along the length of Sinclair. That's tens of millions of dollars that don't have a funding source. This delay is not going to bring about that result in action before the school opens."

"It's not a lack of planning on the school's part or the city's part. It's a lack of resources to build roads. Our funding systems have been pretty stagnant and the needs have grown."

The Columbia Planning and Zoning Commission approved the plat unanimously in October.

The new school will be located within Matt Pitzer's district, and some of his constituents aren't happy about the construction and subsequent traffic.

"There has been some constituent concern about it, but it's something that I've been saying is an issue," Pitzer said. "A real issue. You can go back and you can look at comments I've made at council meetings all the way back in June, saying these are things that need to be addressed."

"I understand that any time that any time there's development, the people in the immediate neighborhood raise concerns about traffic," Trapp said. "But when they built those subdivisions, the Cascades, then the other folks that lived there raised the very same concerns."

Pitzer wants to make sure every involved party is on the same page.

"I want to make sure that we look at all these things together, and are planning for them appropriately and making sure that everything is happening in conjunction and is coordinated prior to the school opening," Pitzer said. "But there just hasn't been any coordination or planning among all these different parties. That's something that has to happen over the next couple months and then we can see where everything lies after that."

Columbia Board of Education decides site of new middle school