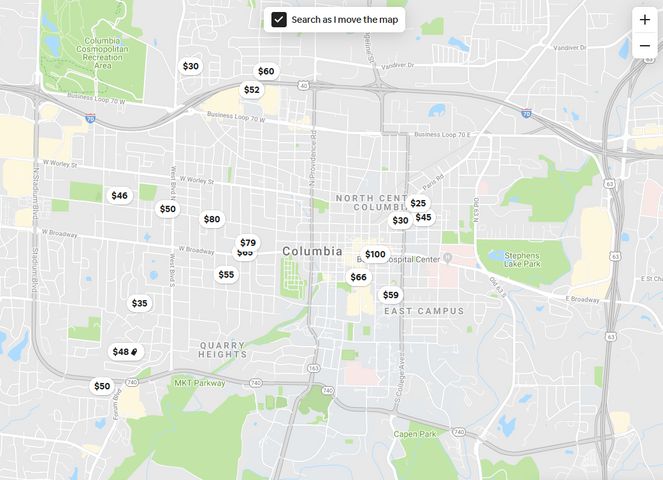 COLUMBIA - The Columbia City Council will take up short-term rentals at its Monday meeting following nearly three hours of public comment at the last council meeting on January 21st.

Short-term rentals have been gaining attention in Columbia with the rise of popular apps like Airbnb, which allow people to rent out their homes.

According to an information sheet Columbia published regarding short-term rentals in 2019, there were 27,038 listing nights booked in Columbia last year. That equates to $4,998,134 in profits.

The statistic that'll catch city officials' eyes though is the $648,508 in city, county, state, and Columbia lodging taxes that weren't collected as a result of those rentals.

Many of the residents that expressed concern at the last meeting though were focused on unhosted rentals. Unhosted rentals are properties where the owner lives less than 270 days of the year.

One such resident, Christine Gardener, had a bad experience with a long-term rental next door to her home, and fears that the prominence of unhosted short-term rentals would be detrimental to a neighborhood.

"I think we would see a great loss of affordable housing, because every one of the homes that would be purchased to become a short-term rental would be a loss to a family that lives in Columbia," Gardener said.

Some, however, are afraid new regulations would cost them financially.

Elizabeth Harding and her husband live in both Missouri and New York. She said her husband's kids live in Missouri, so to be able to see them more, they bought a home in Columbia. But instead of renting it out long term, they rent it on a short-term basis, so they can use the house when they want to visit.

However, she said they don't stay there enough days of the year for it to be considered a hosted short-term rental. If the council votes to regulate and restrict these, she said it would be detrimental to them.

"We just bought (the house) a few years ago, so we would be sort of upside down on the house, cause we put money into it," Harding said.

UPDATE: Columbia City Council started to approve 15 amendments but ended up tabling the vote until March 16.