City Council Will Weigh in on New Transit Proposal 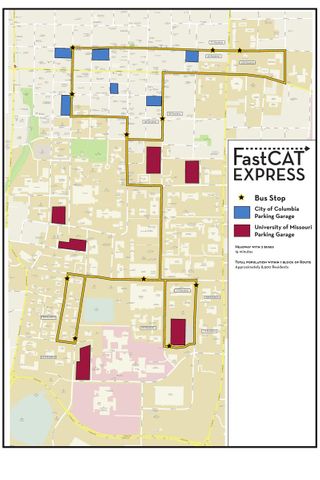 "FastCAT" or "Fast Campus Access Transit" would consist of a 30-minute loop with 6 stops downtown and 5 stops at locations around MU. The new route would have 2 to 3 buses. These buses would be GPS-enabled so riders would have access to estimated bus time arrivals and schedules via mobile phone applications.

McDavid set the one-year revenue goal for the new route at $300,000. He said the current transit system is operating at a $1.5 million deficit.