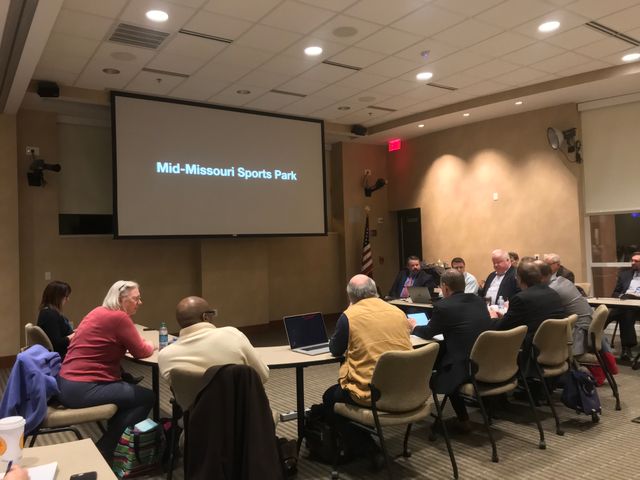 The city originally planned to build the sports park at Perry Phillips Park. Columbia citizens even voted to approve a park sales tax to fund the construction in 2015.  But, Boone County leaders have offered up a deal that could change where they break ground.

The county offered up the idea that the sports park would be far better suited for the old 134 acre Boone County Fairgrounds lot, north of Columbia. If constructed, Boone County would annex the lot into the city of Columbia's boundaries.

Not only can the new site offer more room, county commissioners said it could also house a hotel, a restaurant and even retail stores.

The county argued these amenities will help offset the price difference.

Because voters were involved in approving the park sales tax, Columbia City Council requested to make Wednesday's discussion open to the public.

"Here we are in the eleventh hour and the plans are revised," Treece said. "I am all for this idea, but we need to see more information before anything is finalized.

A recurring theme at the meeting was the discrepancy over details regarding funding.

The new park would cost $30-40 million, far more than the city originally planned for in the 2015 ballot measure.

Jac Cardetti, of Real Equity Management said the council could be betraying the voters trust with the approval of the new sports park and argued voters would be forced to pay for the rest in tax hikes.

"We're talking about a difference of millions of dollars here," Cardetti said. "The city is looking to use the voters as an ATM machine, this plan is not what the public agreed to in 2015."

Parry said a non-profit organization has pledged $15-20 million, which would fund the basketball courts and soccer fields. He plans on tournaments and economic multipliers paying for the difference.

The plans are in their final stages, pending final approval from City Council.

Mayor Treece said he hopes the issue is finalized before the first city meeting of March. No more public meetings are scheduled. Leaders at Monday night's meeting do plan to meet with each other to continue the discussion.