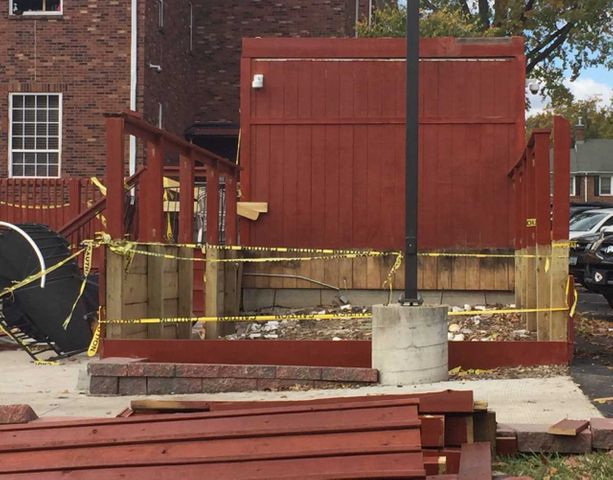 COLUMBIA - The city determined a porch that collapsed over the weekend on a MU fraternity’s property is a public nuisance.

The building inspector examined the property on 916 S. Providence Road, the Pi Kappa Alpha house on MU’s campus, and determined the deck was in poor-condition and should not be occupied.

“There is no evidence in our records of framing inspections being performed on this structure prior to the collapse of the portion that failed,” said Building Regulations Supervisor John Simon.

Simon said there was no history of framing inspections in their records as well.

Upon further inspection after the collapse, the rest of the deck was determined to be in imminent danger of collapse and a nuisance letter was given to the owner.

The letter stated the deck must either be repaired, replaced or demolished.

If the property owner decides to repair or replace it, a design professional must investigate within 30 days and recommendations for repairs or replacement submitted to the City of Columbia. If the owner chooses not to replace the deck, it must be removed within 60 days.

"The Chapter has fully cooperated with the university and city authorities in reporting and addressing this matter," a representative of Pi Kappa Alpha said. "The deck is being removed."