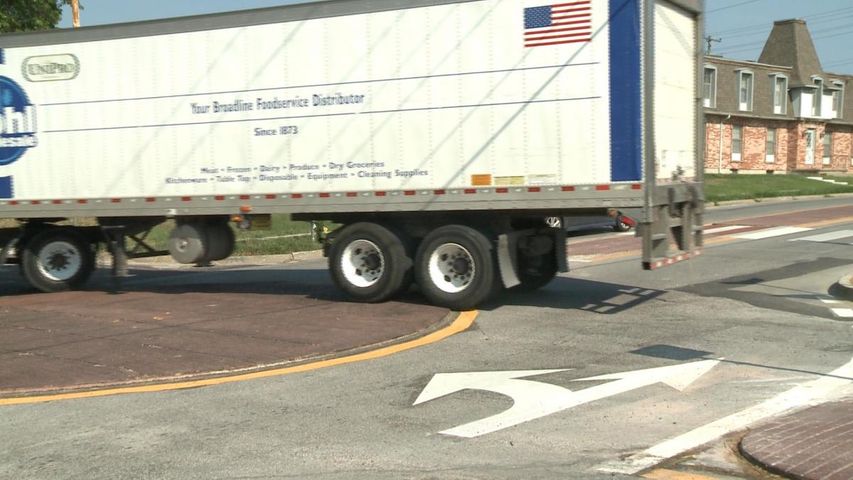 COLUMBIA - Drivers are getting used to a new mini roundabout at the intersection of Rollins and Fairview roads in Columbia. Despite some complaints, a Columbia's Public Works Department spokesperson said motorists are using the roundabout exactly how they are supposed to.

Drivers like Anthony Bartal have complained the roundabout is too big and the curbs are too close.

"Anybody that drives a big car, they have to go over it, otherwise they will hit the curb on the side," Bartal said.

According to Steve Sapp with Columbia Public Works, that is exactly how the roundabout was designed to be used. He said most cars and trucks will be able to navigate around the center island. Drivers of large vehicles, like service trucks, are supposed to drive over the roundabout if they cannot make it around. The lip on the roundabout is only about two inches thick, which Sapp said would not cause damage to any vehicle.

According to Sapp, the goal of the roundabout is to keep traffic moving.

"Four-way stops have a tendency to get traffic backed up, where as we have seen and it has been proven that roundabouts keep traffic moving," Sapp said.

According to PedNet Safe Routes to School Coordinator Lawrence Simonson, roundabouts aren't normally as safe for pedestrians as four-way stops. Although, he said because the number of signs alerting drivers of the upcoming roundabout and the new wider crosswalks, this is a great alternative. He said drivers are now required to be more observant.

"They're looking, they're seeing, they're wanting to make sure they are not going to have any conflict with another vehicle or a pedestrian," Simonson said.

According to Columbia Public Works, the city is currently evaluating other places to put in mini roundabouts.