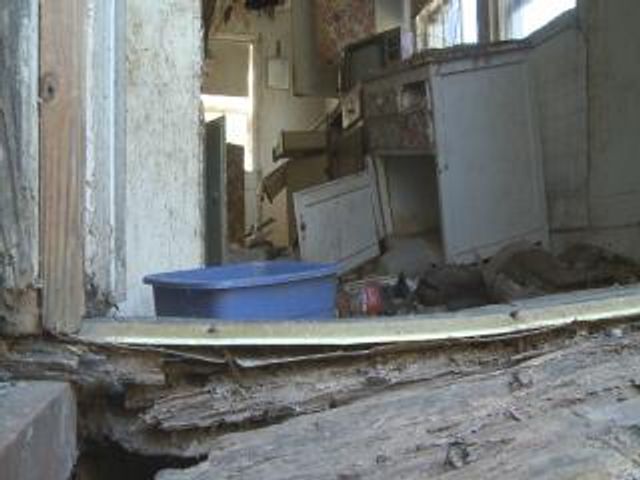 COLUMBIA - The city has announced a 2014 plan to rid Columbia of vacant, unlivable homes that bring down neighborhood property values and threaten safety.

Nuisance properties are characterized by severe code violations, such as holes in the roof, unstable floors, and absence of heating and plumbing systems--all of which deem a property unfit for human occupancy.

"One of the things that we really made an emphasis on in this last year and as we look on to FY 14 is making a special effort to look at our nuisance properties," Neighborhood Services Manager Leigh Britt said. "When I say nuisance properties, those would be vacant or abandoned properties that have significant code violations, where they are not safe for someone to live."

"As soon as we purchased the house, and even beforehand, we started to look at the neighborhood and noticed these two properties were vacant. Initially the problem was the question of property value, but not it's also the question of safety whether the buildings are being occupied by squatters," Gresham said.

Solutions to the problem include contacting owners to fix the house or even trying to buy it.

"I've contacted one of the owners of one of the properties that was somewhat of a fruitless effort. Otherwise, I've talked to the city about purchasing another," Gresham said.

But a sale isn't easy to carry out.  The city must go through a process of hearings to determine the need to take over the house, and that can take a long time.  Still, Britt said she prefers situations like this because the city would rather sell the properties than demolish them.

"The last ditch effort would be the city to come in and tear it down," Britt said. "That's not necessarily the best resource, use of the city, and it's not the best thing for a neighborhood."

This is because tearing down vacant houses still costs money. Britt said it would cost anywhere from $10-15,000 because the city has to correct sewer lines along with the demolition.

Britt also said she encourages people to reach out to the city if they have any concerns, and it will treat those complaints as priority.