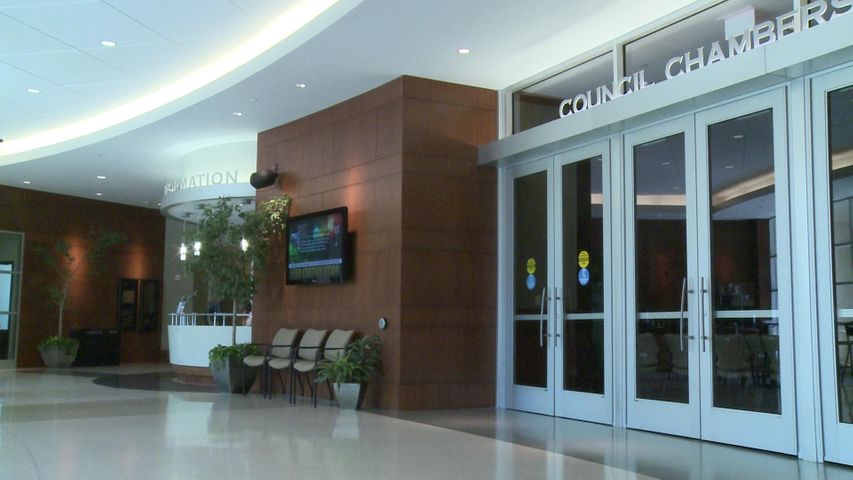 The renovated City Hall took advantage of the renewable resources, like the casework made from bamboo harvested within a ten-year cycle or shorter.

Barbara Buffaloe is the Sustainability Manager for the city of Columbia. She said when the city was planning for the City Hall renovation and expansion, city officials only expected to achieve LEED Silver. But as the project progressed, the design group realized they could get LEED Gold.

Buffaloe said what she expected is not only to make the city buildings more energy efficient, but also to encourage Columbia residents to adopt the sustainable features in their own houses or business.

The City Hall renovation also got points for the educational program.

"We showed people what it was that we did and how they could also do the same," Buffaloe said.

Peter Bartok was at City Hall to pay his utility bill Tuesday afternoon. He said the renovated city hall is fantastic to him.

Besides that, Bartok expressed his civic pride with the city hall.

"It's one of the things that makes Columbia 'Columbia'. We are conscious about these things and we preserve some of the past and integrate the present and the future," Bartok said.

Besides the City Hall, Columbia now has three other buildings with LEED certification status. They are Wabash Station, Fire Station #7 and Fire Station #9.