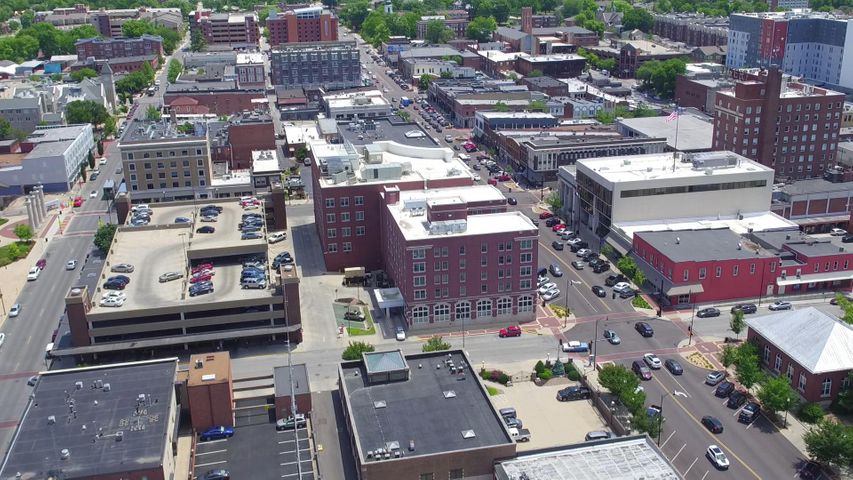 COLUMBIA - In December, the Columbia City Council approved a citywide ban on distracted driving. The city ordinance defines "distracted driving" as any conduct that causes a driver's vision or attention to be "obscured, diminished or directed elsewhere than the path of travel or attention of the vehicle." (Share your views on the ban.)

The city council said this can include a wide range of activities like texting, eating, putting on makeup or reading a map.

The distracted driving ban prompted a great deal of online conversation among KOMU 8 viewers, the tone of which was, by far, mostly negative.

Gordon and Cole told KOMU 8 News, despite the rumors, the ordinance does not make it illegal to use a cell phone while driving.

"We've had a lot of people ask us, 'Does this ban texting and driving?"' Gordon said. "Absolutely not."

Gordon said the ordinance only comes in to play if the driver has already been pulled over for driving recklessly.

"What this says is, if you're not going to operate your vehicle within the law, and we contribute a cell phone to the reason you're not operating within the law, the judge can take this into consideration when he imposes the fine," Gordon said. "That's all this means."

Gordon said a primary offense is a violation severe enough that a driver can be pulled over. Reckless and imprudent driving is considered a primary offense. Gordon said, if an officer sees a driver speeding up or slowing down erratically or swerving in and out of a lane, the officer has the authority to pull that driver over.

Gordon said the distracted driving ordinance will only be applied to drivers who have already been stopped and ticketed for reckless and imprudent driving.

Once a reckless driving citation has been issued, the officer will make a note if he or she believes the driver had been distracted at the time of the incident. If the driver is found guilty of reckless and imprudent driving in court, the municipal judge can consider offering a slightly harsher fine, based on the officer's note.

"The judge can use that to determine whether they want to increase the fines, within reason," Gordon said. "A municipal judge only has a certain scale of fine they can impose for careless and imprudent driving. But instead of a 30 or 40 dollar fine, he might up it to 50 or 60 dollars because you were using your cell phone."

Gordon repeatedly said the ordinance does not automatically ban using a cell phone while driving.

"If somebody is quickly answering a phone call, and they're driving their car within the law, they're not breaking any laws," he said. "There's nothing to be concerned about."

"If you are driving your car down the street, and you turn around to talk to your kids in the back seat or something like that, as long as you are maintaining the rules of the road, you're not doing anything wrong," Cole said.

The distracted driving ban is part of the city's "Vision Zero Plan" seeking to eliminate all traffic-related deaths by the year 2030.

In the last decade, there have been approximately 74 deaths and 542 serious injuries on Columbia’s roads, according to city data.

The Missouri Department of Transportation reports 80 percent of car crashes involve some form of distracted driving.

"Basically, what we want people to know is that distracted driving is really anything that is going to divert your attention away from your main focus, which should be driving the car," Cole said.

She said anyone who is against this ordinance must not understand what it does.

"I have never come across somebody who's on board with saying, 'You shouldn't be following the rules of the road,'" Cole said.

Gordon said only time will tell how effective this new city ordinance will be at preventing distracted driving.

Cole said she is aware of several other cities that have adopted a similar distracted driving ban, and found success. However, both Cole and Gordon said the ordinance is only one part of the broader Vision Zero initiative.

"Part of the whole Vision Zero concept is that this is a multi-disciplinary thing," Cole said. "It's an approach that, for us, includes engineering, education and enforcement."

The distracted driving ban went into effect in Columbia on December 17, 2017.