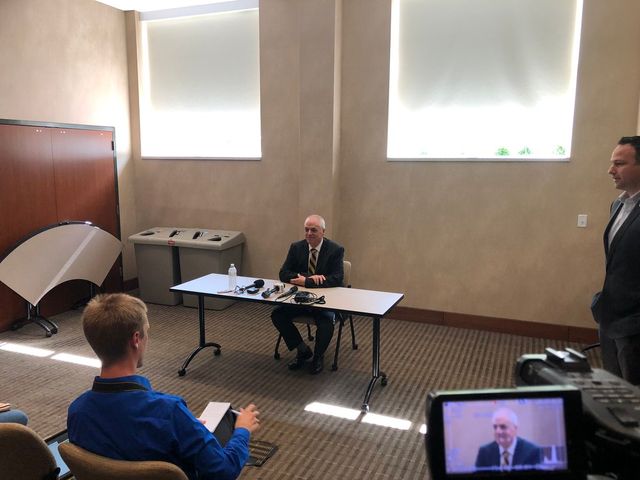 COLUMBIA- The nationwide search for Columbia's city manager is nearing an end. The two finalists for city manager met with the media at a closed meeting Tuesday.

Glascock has worked with the city in many capacities for more than 16 years, but said that alone doesn't mean he'll get the job.

Palenick has held his current job since 2017, but has worked in city management for 29 years. He said he's looking for the last job in his career, and said Columbia is a "great place to do that."

Palenick was fired from three different jobs in his career, but said each was a result of restructuring of city council or the mayor around it.

One of the central issues discussed by both candidates was community policing. Glascock appointed Geoff Jones as interim police chief shortly after he was hired, and said he and Jones had received praise for their approach.

Palenick said he's committed to the idea of community policing, and credited his experience with different police chiefs and staffs for that.

"I believe in it strongly, I think it's a strong example of what we've been trying to do in Racine, and I have supported it strongly in other communities," Palenick said.

The city said there's no timetable for a decision, but that the hire could be announced as early as Thursday. Next, City Council will vote to confirm the candidates. The city said that could take place within two weeks after the announcement.