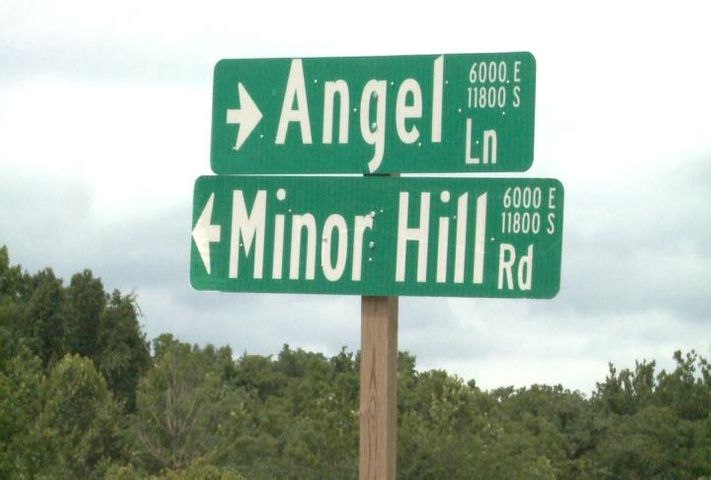 ASHLAND - An Ashland official said with new tax money, the city will repair Angel Lane, among other roads.

The city voted Tuesday to increase local sales tax by one half of a percent to pay for transportation projects.

Ashland Street Supervisor Coby Morris said he doesn't know what other streets will be repaired, but Angel Lane will definitely be on the list.

Residents of Angel Lane, however, said they aren't so sure the repairs will happen.

"I was told by the former city manager when I talked to him last winter, that work was supposed to begin in the Spring of 2013, but it hasn't happened yet," said Angel Lane resident Joel Chrisman. "We'll see when it happens. I'm not going to hold my breath."

"I've heard so many possibilities in the past four or five years that I'm not too excited one way or the other," said Angel Lane resident George Campbell. "It is what it is. If they want an eyesore from one of the worst roads in the county, then let it be. Just don't drink coffee going down this road."

He says the problem is 30 percent of the road belongs to Boone County and 70 percent belongs to the city of Ashland. The two haven't been able to cooperate on improvements to the road.

"We have always wondered why they can't get together for the benefit of the tax payer and the people who use the road - whether it be the postal service, the employees of Central Missouri Aviation, passengers to the airport, employees to the airport," Campbell said. "Why we can't get our act together and do something for the benefit of the people that use it rather than have a political warfare?"

Campbell said he knew this was going to be a problem in 2007 when the city annexed his part of town. City officials voted to annex the land without first improving the road. He says the city was relying on money from the Ashland Industrial Park, which is part of the annexed land, to fix the road, but that fell through when the recession hit.

Now that Angel Lane is a through-way to the Colmbia Regional Airport, Campbell says the potholes have gotten worse with more traffic.

He even says a rental car company at the airport asks its customers not to take Angel Lane because it damages the cars.

More than two weeks ago, Southern District Boone County Commissioner Karen Miller said Angel Lane is a threat to the economic development of the airport.