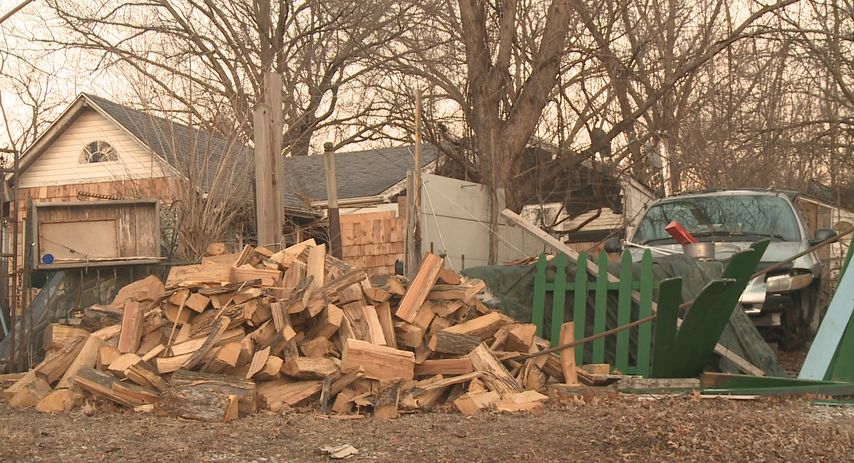 The first hearing at city hall starts at 9 a.m. and looks at the property at 509 Clinkscales Road. The second hearing starts at 10:30 a.m. for the building at 318 West Boulevard North.

According to the city's code of ordinances, a nuisance structure hearing is called after the property owner fails to comply with a notice of violation from the city. These notices list the violations that make a property a public nuisance, and specify if it is to be repaired, reconditioned, remodeled, demolished or place in a sanitary condition. The notice also gives a time for the work to begin, as well as a deadline.

Violations that make a structure a public nuisance are listed in article VII, section 6-12 of the city's code of ordinances.

Multiple neighbors around the property at West Boulevard said it's an eyesore. Rachel Hidborg knows the property owner since she has lived by the house for the past 10 years.

"He's a sweetheart, he's a Vietnam vet," Hidborg said. "He's not a bad person, he just hasn't been able to take care of his property or his home."

Hidborg said that the eyesore and a potential decline in her property value aren't her main concerns.

"The main issue for me is the hazards, such as insects, out of control mosquitos, sitting water and other animals that are on the property when the property isn't maintained," she said. "To me, it's not really about property value, it's safety."

Hidborg and other neighbors said they're concerned that the property is across the street from West Boulevard Elementary School.

Just like the property at West Boulevard, neighbors said the rundown home on Clinkscales Road is an eyesore. Additionally, it's also a haven for mosquitos, insects and vermin, according to neighbors.

Lisa Kinser has lived on Clinkscales for two years now. She said she first noticed the property when she was looking at the house she currently resides. She and other neighbors said they've seen squatters at the property.

"I know that at different times, people come and go through there. One of the back windows is broken out," Kinser said. "It's evident that people have been climbing through the window. There's a lot of junk in there, just stuff people have left. There's never been any problems with people coming and going, no crime or anything that I'm aware of."

Kinser and other neighbors said they have no idea who owns the property. She said she hopes the city repairs the building.

"I would like to see them clean it up and have somebody live in there," Kinser said. "This neighborhood is coming back, and it's a cute house if they can fix it."