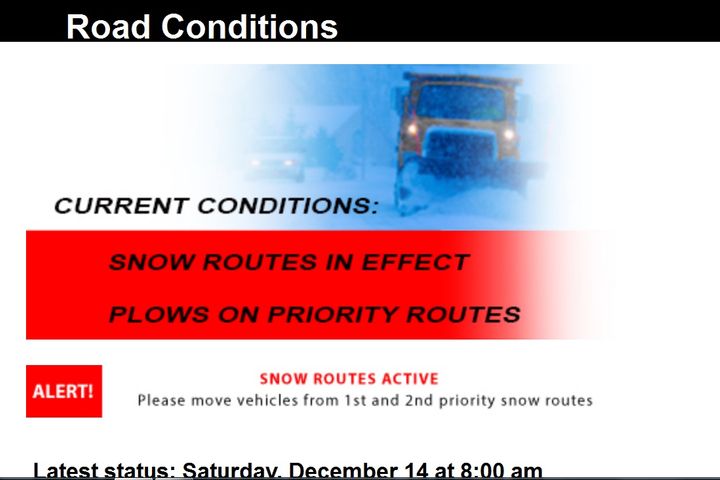 The new website can be found at comosnow.com. It first updates the viewer on which priority snow routes are in effect. The new rule went into effect for the first time on Saturday.

The city was asking residents to move all cars from priority one and priority two snow routes. It also shows that there are 20 plows working on the roads today, and that the city is urging those who don't need to drive to stay off the roads.

An amendment to a city ordinance earlier this year makes priority snow routes "no parking" areas if more than two inches of snow is on the ground. A list of those routes can be found here.

Steven Sapp, the department's public information specialist, said this website is a way to help educate everyone and keep the city safe when snow hits.

On the website, you can also sign up to receive text alerts when the priority snow routes go into effect. There's also the option to view a progress map of where the plows are on the roads. This section will be updated only when the city is plowing and treating in residential areas.