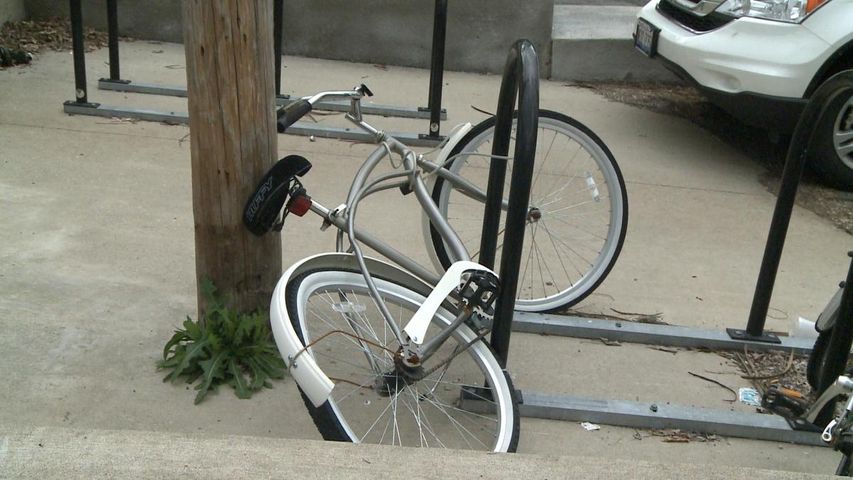 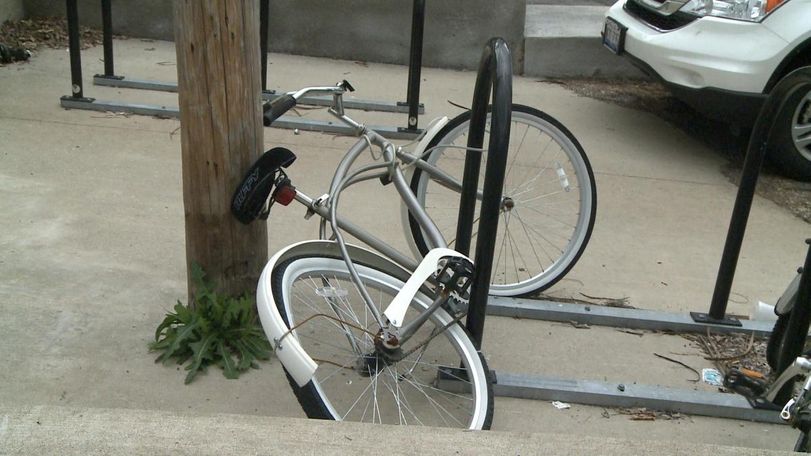 COLUMBIA - The Columbia Bicycle and Pedestrian Commission talked about forming a policy to deal with abandoned bikes last month at its meeting. It suggested looking into the University of Missouri's current bike policy to form its own.

Pete Millier is the Director of Campus Facilities and Landscape Services at MU. He is in charge of the bike policy.

"There's obvious signs that they've not been used," said Millier. "Then we'll put a yellow, abandoned bike tag on it, come back two weeks later and remove the bike."

MU's policy is to give the owner two weeks to move their bike before cutting the lock and moving it themselves. Also MU holds the bike in storage for 90 days before selling it at auction.

"We want to give people every opportunity to claim their bike," said Millier.

MU student Lexi Linsenman came back from winter break one year to find her bike gone. She had never heard of the abandoned bike policy so she didn't think to check with MU Police.

"I thought it got stolen along with the few other bikes that were left on the rack," Linsenman said.

The policy is not widely known on campus and Linsenman thinks that is a problem.

"Freshman year they never told me any of the bike policies on campus," she said. "I don't think they need to take people's bikes, they just need more bike racks."

If the city were to adopt this policy, it would also have to find a way to inform people of the new regulations. The Bicycle and Pedestrian Commission will continue to discuss the creation of a policy over the next few months.