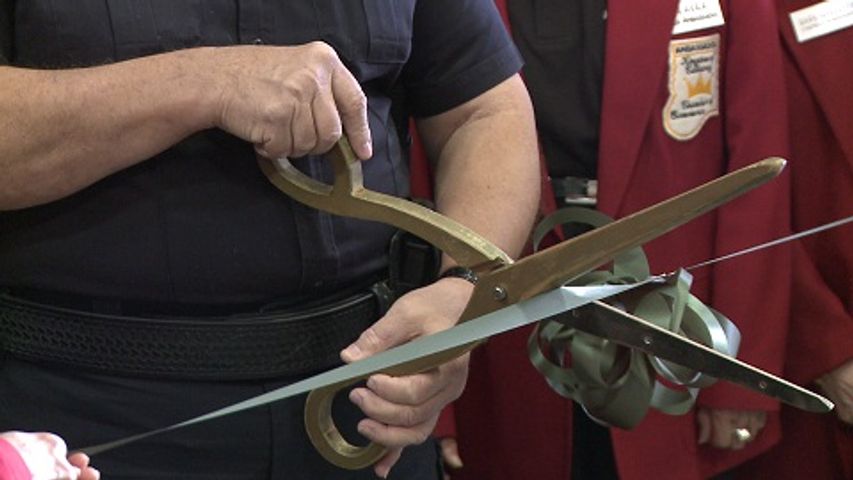 FULTON - The city of Fulton showed off its new police department building to the public on Friday morning.  The department invited residents and media inside to take a tour of the facility. Police and city officials said they've worked for the past few years to find a safer, newer building to house the department.

The department traded in a 44-year-old cramped building with leaky ceilings for the facility located just off of Business 54.  The department moved to the new building in July and just recently finished installing the last of the upgrades. It features three levels, bullet proof glass in the lobby, six concrete holding cells, security surveillance inside and outside, a work out room and a community room. The old building had only Plexiglas in the lobby, one holding cell for prisoners made of dry wall and no security cameras.

"I hope the citizens, after they go through the building, will be equally as proud of our new facility," Chief Myers said. "I think it's another milestone probably in Fulton for upgrading our facilities both fire and police so I'm very proud of it."

The building cost less than $1.5 million to purchase and renovate. The new facility used to house the Callaway Electric Cooperative.  Chief Myers said the city and police department saved taxpayer dollars by investing in this building.  He said the city originally thought it would have to build a brand-new facility for around $4.5 million, so the city saved about $3 million.