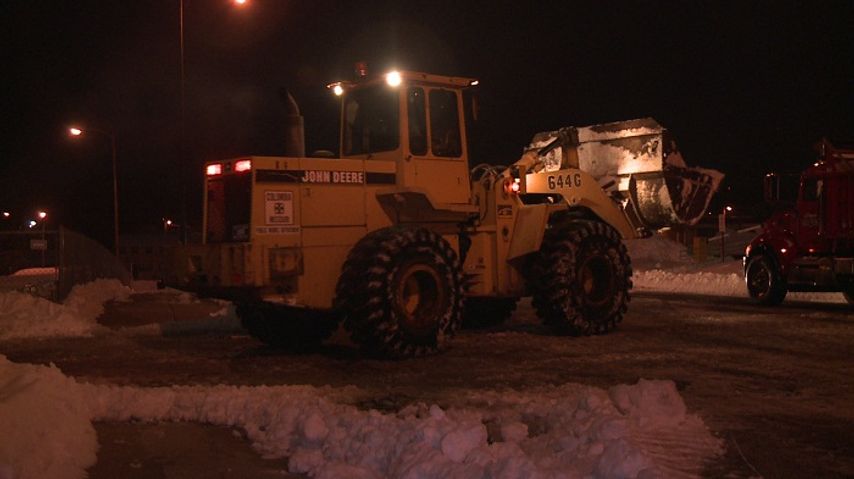 COLUMBIA- The Public Works department worked to remove snow from the middle of roadways downtown Friday evening. The contractors started removing the snow around 6 p.m.

The workers used two front end loaders to lift the snow into dump trucks. Once the trucks were full, they drove for Capen Park to dump their snow. Public Works had three trucks waiting to be filled at a time.

Public Works scheduled the removal to be completed by 6 a.m. February 22.