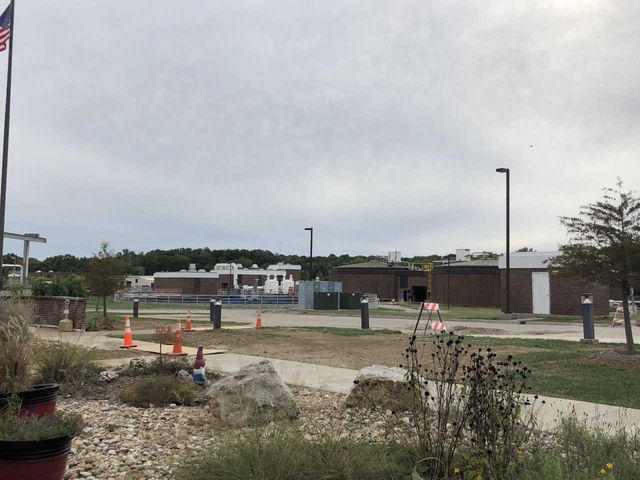 COLUMBIA - Treating Columbia's wastewater keeps the community and the environment safe, and updates to the city's system could soon be underway to keep it functioning properly.

Thursday, there is an interested parties meeting for phase two of the Columbia Regional Wastewater Treatment Plant Improvements project. The project has three main focuses: replacing roofs in the four digester complexes, creating a new mixing system to go in the digesters and general reconstruction of the buildings.

Erin Keys, Engineering and Operations Manager for the city's sewer utility, said the biggest piece of this project is the digester complexes. This is part of the process that decomposes solids and takes out harmful bacteria.
Keys said two of the digesters have their original roofs from the plant's construction in 1983. She said the structure isn't functioning like it should.
"The structure underneath has deteriorated, and it's the leaks and the age that you aren't able to see on the surface," Keys said.
The first phase of improvements was completed in 2012, and the utility decided to break off this part of the project until they had more funding. The construction and engineering costs for phase two are estimated to be $7 million. The funds will come from a 2013 bond, and the rest will come from the sanitary sewer revenue fund.
Keys said since the project was already delayed, pushing it even further would put the plant at a higher risk of failure. That risk is having a higher amount of bacteria still in the sludge after it has gone through the digester complex.
"Digesters create products that are spread on the ground, and if it's not doing its job to remove harmful parts, people could be harmed when they come in contact with it," Keys said.
The sludge from the digester creates a "rich topsoil" that utility workers give to farmers to use as a type of fertilizer. If the soil isn't properly sanitized, it could also hurt the environment.
"Columbia is growing, and digesters need to be able to kill more bacteria," Tim Fahrenbrink, Operations Supervisor said. "The system need to be refurbished."
Farmers like to use the plant's product because it's free from the city, and it contains many nutrients that they would otherwise have to pay to get.
"Most fertilizers are manufactured, where this is kind of renewable," Greg Mabrey, Biosolids Supervisor, said. "Farmers that we deal with like it because it's basically free nitrogen, which is better than having to go to another place to buy it."
The plant distributes this by-product to properties within a 25-mile radius from the plant. Mabrey said it's helpful to have a certain place to put the sludge because if not, the city would have to pay a heavy fee to dispose of it elsewhere.
"We've got to do something with it," Mabrey said. "We're going to produce it whether we spread it on the ground or have to take it to the landfill. I think spreading it on the ground and incorporating it for these farmers is a good deal."
Keys said the city has strict regulations to ensure safety. Changing the mixing system will help meet permit requirements in a more efficient way. In order to do it in a cost-effective manner, the system has to maintain its infrastructure.
"You don't want to get behind on anything," Fahrenbrink said. "If you put something off for too long, then you have a major catastrophe. All the equipment is getting older, and there's better stuff out there."
The plant is holding the interested parties meeting to show assessments of the digester facilities, present the preliminary design and to answer questions regarding the project. A public hearing for the project will be held in November, and if approved by the Council, final design documents will be prepared for construction in 2019.