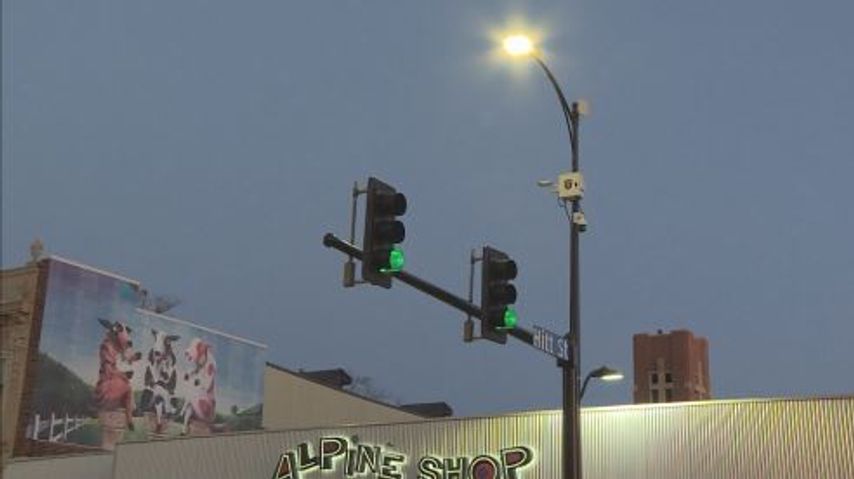 COLUMBIA - The city council is seeking input to decide whether the city should replace the streetlights in the Downtown Community Improvement District. City officials can control the proposed new lights’ brightness depending on what time of day it is.

At the city council meeting Monday, Columbia leaders will discuss the new lights in relation to public safety at night. According to a city memo, the light’s brightness is supposed to help increase downtown safety during late-night hours.

Bob Hohenstein, the executive director of the Downtown Community Improvement District, said the increased lighting will benefit everyone.

"It helps them make decisions that have to be made many times in an instant, and if these lights help them make a good decision, the right decision, the best decision possible, that's a good thing,” he said.

These lights differ from the lights already downtown because the new lights have a top light and a light on a lower arm.

The lower light can change brightness throughout the day.

The lights will reach full brightness when bars close for the night. This is to enhance safety and discourage loitering in the downtown area. After about 45 minutes, the lights will return to their normal nighttime level.

At dusk, the lights will dim. At dawn, they will shut off completely.

Hohenstein said the new lighting system is similar to what you would do in your own home.

“When you or your family go out for the evening, or go out of over the weekend, or on a vacation, usually the first thing you do is put your lights on,” he said. “Intuitively and instinctively we all know that more lighting, brighter lighting, more strategically-placed lighting helps prevent crime.”

The council approved a pilot project in January 2018 to test the new lights before using them around the rest of downtown.

The city sent out a survey asking if installing more of the pilot project lights downtown will help with public safety in the area. Out of 27 responses, 44 percent said they think the lights would help increase safety downtown, while 37 percent said no.

One person responded to the survey saying, “total waste of money. Just like the cameras that were installed.”

Another resident is worried about how the new lights would change the look of downtown. They said, “I feel our downtown aesthetic is jeopardized by removing the attractive sconces and would hope there’s a balance between mere function and community aesthetics.”

The District said it will contribute $30,000 of the total $300,000 needed for the project. With this funding, the city estimates crews can replace 94 streetlights.