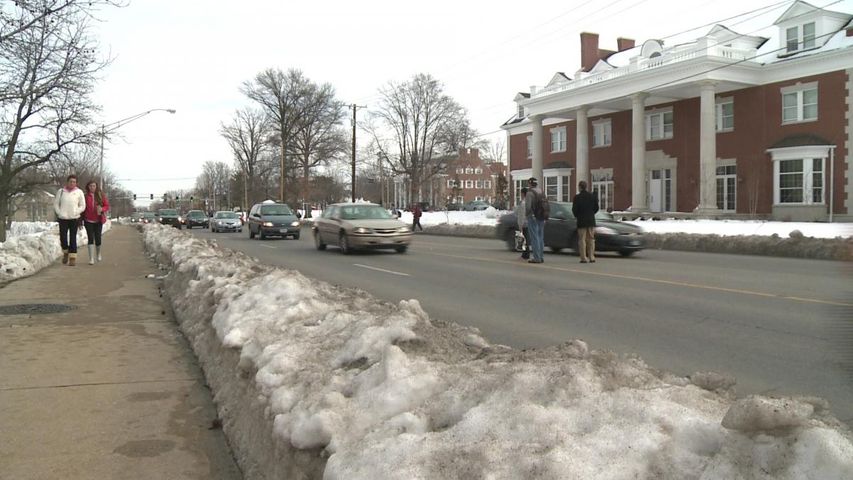 COLUMBIA - The Columbia City Council is scheduled to authorize the use of transportation enhancement funds for the College Avenue Median/Pedestrian Refuge Project at its monthly meeting on Monday.

According to the communications director for MU Campus Facilities, Karlan Seville, the university has been looking to take on this project for quite some time. Seville said it is not safe for students to walk across College Avenue to get to campus.

MU student Alex Mallin said he crosses College Avenue almost every day. One of his biggest concerns is how the crosswalks will affect traffic. He also said he does not think students will make the most of the project.

"I don't think that it would work because I mean students are going to cross where they want to cross, that's how it is now, that's pretty much how, it's like the college tradition at Mizzou. If you can get over east to regular campus, I mean that's just a part of the whole journey," Mallin said.

Seville said the university hired a consultant to analyze the area where it is seeing the problem. This helped identify the location where the crosswalks would be most beneficial.

According to Steve Sapp with Columbia Public Works, the project will also help motorists. While drivers will have to stop at certain points, the project will eliminate the danger of drivers being preoccupied with people trying to cross at multiple locations.

The university said it looked into the other projects in the past. However, the funds to complete it were not available. The current project will be a cooperation where 80 percent of the funding will come from the Missouri Department of Transportation and the city and MU will split the rest of the costs.