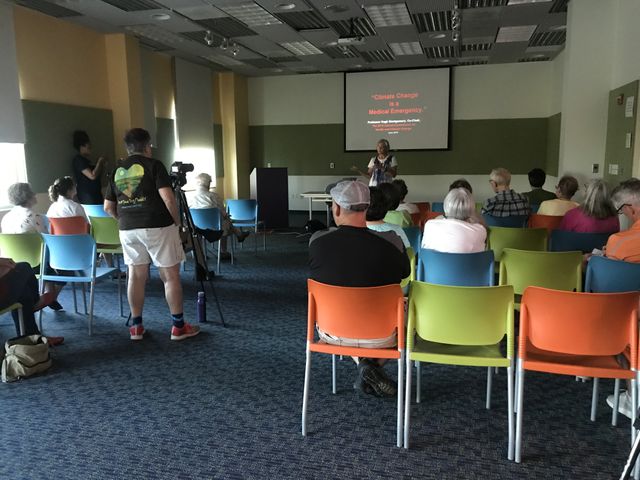 COLUMBIA - City staff and members of the Mayor’s Task Force on Climate Action and Adaptation will meet for the first time Thursday.

Carolyn Amparan serves as the Chair for the subcommittee on Health, Safety and Well-being.

“We will be working jointly with the help of the consultant the city hired to go through all of the strategies and actions that we have documented,” Amparan said.

She said the meeting will give the task force and city staff a chance to rate the strategies and actions to date, which can help the city see what has been effective so far.

“It is to have both staff and task force members go through and start evaluating the actions that we've proposed at this point,” Amparan said.

She described the action plan process as a “wish list,” right now.

Amparan spoke to community members about climate change Monday night at Daniel Boone Regional Library. During this meeting she shared how the Climate Action Plan is progressing through each topic.

“We all know that there is aspects of climate change that are going to affect us now, and in the future, so being able to follow what it effects and how fast its coming, as individuals, we need to know what we can do to help,” Plank said.

Plank was not up to date on the Climate Action plan before attending this meeting.

“It sounds like they’re doing a great job,” Plank said, “I think we’re very fortunate to have folks who have the concerns to help push us forward and keep people in mind with how it’s going to affect them.