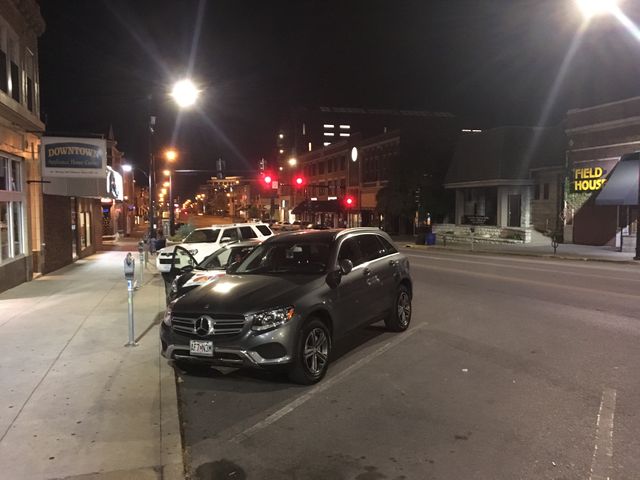 COLUMBIA - Columbia is testing new lights downtown this week to try and curb violence and crime.

The new lights, which were installed Sunday, replaced old poles on Broadway between Hitt and Waugh Street.

"There had been several incarnations of light experiments to find out which kind of lights aesthetically, what looked better and what worked. This latest drive has been sponsored by the Community Improvement District in terms of public safety," Skala said.

The new poles have two lights on them as opposed to the old poles lining the rest of Broadway that only have a single light. The new lights brighten late at night when bars close in an effort to disperse some of the crowds.

"The more we can encourage folks to go on home after the 2 o'clock deadline the better off I think we are going to be in the downtown area," Skala said.

Skala said similar projects have worked in similar college towns in the midwest.

"Every community is a little bit different. We'll have to experiment with this to find out if there is any influence in the data and then we'll make a decision as to whether or not this is reasonable or not and whether or not we ought to proceed in a more expansive way in the downtown area," he said.

Skala told KOMU that determining whether or not the new lights are effective will not be a fast process.

"Usually these kinds of things take 6 months or so before you get any data to suggest that this has worked if you will, rather than it may have no effect at all," Skala said. "It's a reasonable approach to take in the interim to find out if this can help."

A manager at Fieldhouse on Broadway told me he has already noticed a difference, saying the lights are helping with the late night crowds.

Skala said this is a good start.

"On a limited basis as a trial I think this is a reasonable approach to finding out whether or not this can encourage folks to move on home after they've enjoyed themselves downtown rather than just milling around or staying downtown and perhaps getting into some difficulties," Skala said.