City to decide regulations for "Ban the box" and Uber 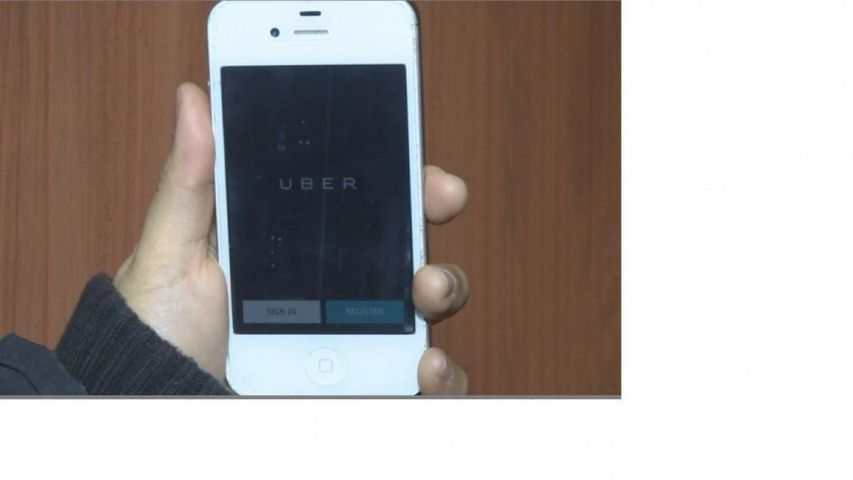 COLUMBIA - The city council will be making two decisions Monday: One pertaining to "Ban the Box" ordinance and the other on the regulations for ride-sharing services like Uber.

The proposed "Ban the Box" ordinance is part of the Mayor's Task Force on Community Violence's effort to create level employment for those returning to society from incarceration.

If passed, the ordinance would prohibit employers in Columbia from asking job applicants their criminal history until after a job offer has been made.

Dan Hanneken, member of Mayor's Task Force on Community Violence, said people with felony convictions aren't given a chance for the job at the start of the application.

"A lot of people with felony convictions are being screened out off the top," Hanneken said. "When they check the box on the application, they are immediately screened out and the employers don't even look at their qualifications. They can very easily be the best person for the job."

"We want to improve employment outcomes for people that are being released from prison," Hanneken said. "The goal is to reduce likelihood that they're going to commit more crimes, commit more violence, take more victims. And we know from the data in Missouri that full-time employment is directly correlated to success."

Ward 2 Councilman Mike Trapp said, "I think it's going to be something we can do to impact public safety. I think it will increase opportunities for previous offenders and will increase safety of members in Columbia."

Hanneken said not only will it benefit the community from a public safety perspective but it will benefit the economy as well.

"Instead of being takers, they become givers," Hanneken said. "They're contributing to the tax base instead of taking from the tax base."

Hanneken said businesses would also benefit from this ordinance, if passed.

Hanneken said the long-term goal is to see the idea on felony convictions to be completely gone.

"We would like to think that overtime, some of the stigma that's attached to felony convictions will go away," Hanneken said. "That employers will realize that people who've had made mistakes in the past don't necessarily continue those types of behaviors. That people that have made mistakes in the past can be good, loyal workers, that they can be good employees, well-qualified employees."

The ordinance was previously tabled on the Oct. 20 city council meeting to give the Chamber of Commerce more time to discuss the issue.

Ride-sharing services like Uber do not operate like traditional taxicabs, and the city is looking at amending the Code of Ordinances for these companies.

If passed, the proposed regulations will be under a new classification called "Transportation Network Services" and will include:

The ordinance would establish a $70 annual permit fee for each ride-sharing services driver.

"We have to figure out a way to make sure that any person that actually utilizes this service is treated in a safe, competent, fair and professional manner," St. Romaine said.

If the council agrees to these regulations, St. Romaine said it would be in effect immediately.

If the council decides not to approve these regulations, St. Romaine said it will enforce their existing regulations on ride-sharing companies like Uber.

"If we had companies like Uber for example, that continued to choose to operate in Columbia we would be forced, I think, at that point in time to enforce our existing Vehicle For Hire ordinance against Uber and their operators," St. Romaine said. "For example they would be operating without a business license, their drivers would be operating without a permit, so we would just basically take our existing ordinance and we would enforce that against the company and against the operators.

An Uber spokesperson said they are thrilled to be working with the city to create regulations for ride-sharing but do not agree with the permit process.

"The permitting process that has been proposed does not take the nature of largely part-time rideshare drivers into account and creates an unnecessary barrier to entry," an Uber spokesperson said in an email.

An Uber spokesperson said every driver in the United States is screened using standards they've developed as well as a three-step criminal background screening. Uber also reviews driver motor vehicle records throughout their time with Uber.

"To partner with the Uber platform, drivers must have a four-door sedan in excellent condition, under 10 years old," the Uber spokesperson stated.

Uber does not own any cars or employ any drivers. An Uber spokesperson said drivers are largely part time and use their personal vehicles.

The council will be voting on these issues at 7 p.m. Monday night during its regular city council meeting.

Nothing banned during "Ban the Box" discussion