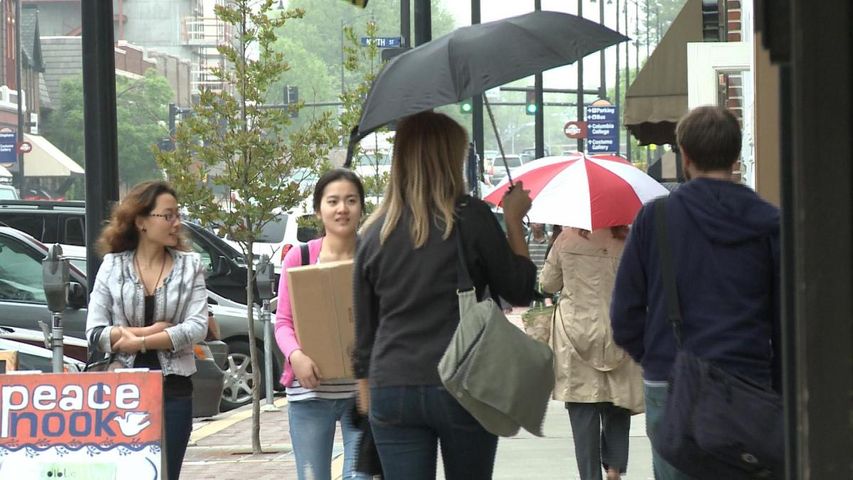 COLUMBIA - The Columbia Convention and Visitors Bureau (CVB) is preparing to launch a new marketing campaign this summer.

"We recently launched a new brand, and with that comes a brand new marketing campaign, which means new direction, new target audience, and new creative," said Megan McConachie, web and communications manager at the Columbia Convention and Visitors Bureau.

The marketing campaign will utilize print and online resources to attract visitors from within the state.

"Our target audience this year, as based on all of our brand research, is actually Missourians," McConachie said. "Eighty-five to 90 percent of the people who visit places in Missouri already live in Missouri."

McConachie said the main goal is to get people to visit Columbia. Once here, she hopes they will spend money, generating tax revenues to benefit Columbians and the 10,000 people in Boone County who depend on tourism for employment.

"Visitors bring in hundreds of millions of dollars in economic impact to our county."

The CVB targets potential visitors using a drive radius of about 500 miles outside of Columbia.

"Columbia is such a neat city," said Gideon Opperhuizen, visiting from the Netherlands. "I like to visit because it has a lot to offer."

Opperhuizen is part of what McConachie said is a small but growing trend of international visitors to Columbia.

"Friends brought us here, but I fell in love with the city because of the friendly people and all the space," said Opperhuizen.

McConahie says the CVB currently does not have the funding to do any international marketing.

"For us, we know the people who will visit Columbia are people who primarily already live in Missouri or in the surrounding states, so that's where we concentrate our funds."

The CVB performs a conversion study each year to measure how many people exposed to its advertisements actually visit the area. This year, because the campaign it's launching is so new, the CVB will perform an advertising effectiveness study to get a base line for how effective this marketing campaign was.

"We haven't had any sort of immediate things that we can measure. It's gonna definitely take some time to permeate and raise the awareness about the new brand," McConachie said.

A lot of the marketing budget comes from cooperative marketing, a matching program with the Missouri Division of Tourism.

"I guess this year our marketing, it does go into the hundreds-of-thousands of dollars, but the reach that we get is in to the millions of viewers," McConachie said.

The CVB is completely funded by a 4 percent lodging tax. Visitors who stay in area hotels pay the tax on top of their hotel bill, meaning the marketing campaign isn't costing area residents anything as long they don't stay in local hotels.

Opperhuizen said he plans on coming back next year if he is able.

"I like it very much so I come back as much as I can."

At this point the only pieces of the marketing campaign released to the public include a commercial, with several print ads awaiting release.

"Marketing is our main mission, McConachie said. "We're called a destination marketing organization, and so for us to spend our funds on marketing is really what we're charged with."