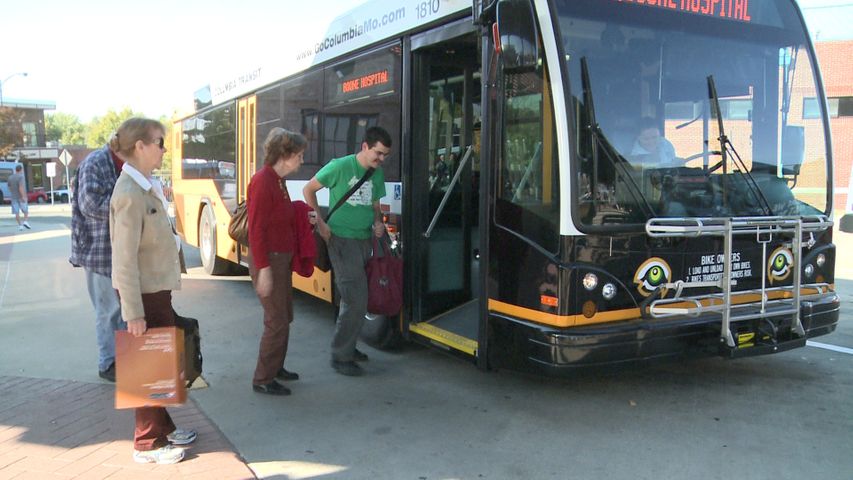 Drew Brooks, multi-modal manager for the public works department, will present three proposed downtown routes as a part of the "CoMo Connect" project, an effort to revamp and modernize the city's bus system.

The public works department has held a series of public meetings in each city ward to receive feedback about proposed routes and stops. Over several years, different downtown routes have been in effect with various levels of success. The proposed downtown routes aim to provide an easier, more convenient transportation option for residents and visitors.

"The downtown route is very important for business in the district as people come and visit and get convenient transportation from parking garages," said Teresa White, marketing specialist for the public works department. "It kind of ties the whole system together, people trying to get in and around Columbia."

The city has designed three options for the public to choose from.

"We have a variety of options that cover different parts of the downtown area," White said. "Some are very similar to the current fast cat downtown route, some are similar to the old orbiter that was downtown a couple years ago, and then there's a combination route of those two options that people can choose from. So, It's really finding a route that is the best fit for the needs of the community and we're wanting the public to help us make that decision."

After presenting to the Downtown Leadership Council members, the public works department will seek the public's input.

There will be a public meeting on Thursday, December 12, at City Hall from 6-8 p.m. to discuss the proposed downtown routes. There is also a online survey for residents to give their feedback about the proposed routes.

The public works department will continue collecting feedback from community members and organizations until mid-January.