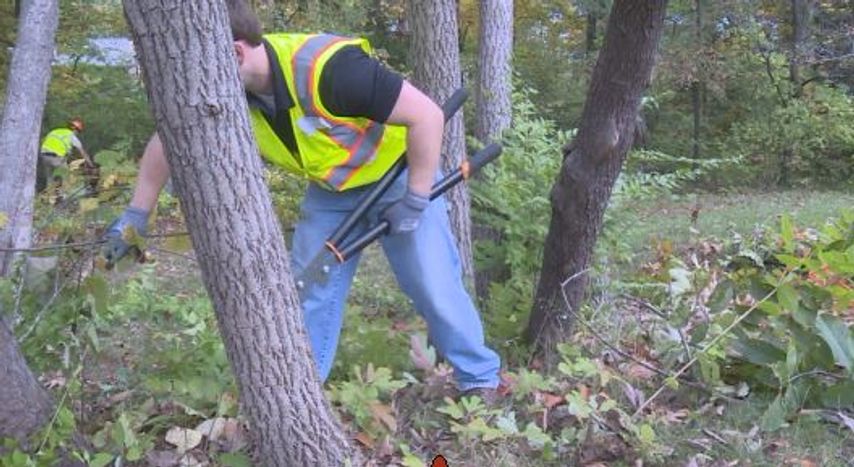 COLUMBIA - Volunteers from the city and community spent the day picking up litter, clearing branches and cleaning sidewalks in the area around McKee Street Park on Friday.

The volunteer day was coordinated as part of the city's Operation Clean Streets. The program aims to improve the appearance of Columbia's neighborhoods and build relationships between city employees and residents.

Columbia's Office of Neighborhood Services Manager Leigh Kottwitz said city workers get the chance to volunteer for the day instead of doing their regular work. She said employees like to get out in the community to meet residents and give back.

"You see your community differently when you get down on the street and interact with the people and see what’s going on," Kottwitz said. "I think our staff really love being a part of this."

The City also put dumpsters on the streets for residents to use and collected waste tires around the neighborhood. Kottwitz said they usually collect between 30 and 40 tires.

City employee Melinda Pope said the volunteers were organized into three groups for litter pickup, park cleaning and gutter clearing. She worked on the curb and gutter crew and trimmed edging and weeds on the streets.

About 60 city employees volunteered to improve the neighborhood, and some residents did too.

Resident Justin Strohman said he volunteered to meet the people in his community and improve its appearance. He said there's a lot of trash in the neighborhood and he is trying to do his part.

"I'm just trying to take care of my little corner of the world," he said. "I'm a member of this community, plain and simple. If I don't get out and do it, who's going to do it?"

He brought his lawn mower to the park to help, and said it was nice to see people coming from other parts of town to volunteer.