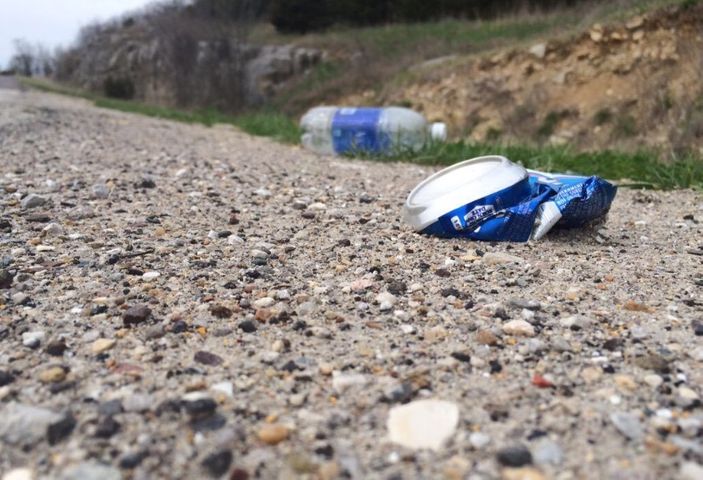 COLUMBIA - City employees, who usually work in offices and behind desks, will leave the routine for a temporary job of sorts, cleaning Columbia streets.

Mike Matthes is Columbia's City Manager and came up with the idea... after he noticed litter on the streets during a drive to work.

"When I drive to work like everyone does, I'll be spending a lot of time looking at the sidewalks off to the side or how the storm drains look, how much debris there might be at an intersection," Matthes said. "And so I couldn't help but notice that we do this chip and seal process that's a nice coating that we put on top of streets to make them last longer, but it also leaves behind kind of a mess on either side. And a lot of the places we've done that, there's still the rock out there that didn't get embedded into the road."

"While we as property owners are supposed to maintain our own sidewalks, there are the ones in front of our property," Matthes said. "No one in Columbia does that."

He said although it is a property owner's job to maintain their own property, it is not their job to clean the streets.

"While we have machines that do that, street sweepers, they're not exactly detail oriented machines," Matthes said. "They get a lot of stuff up, but it's just not as clean as I'd like to see it."

"We have thousands of people who just go out and clean up trails and parks and various places in the city," Matthes said. "[But] we don't really have anyone cleaning the streets. You know it's dangerous. You don't just want anyone to volunteer to walk down the middle of the street. So, this is when I brought the idea to the cabinet."

Matthes said it is the job of the city to make life in Columbia better, so he thought he would give city employees the opportunity to volunteer.

"There's 1,400 of us," Matthes said. "Volunteer to do something different that day, and let them off their normal duties, if we can. Now we have to manage that, you know. We not going to let the entire police force volunteer, right? Some of us have to do our normal jobs."

Matthes said the street division will manage safety during this year's street cleaning and if everything goes well, Matthes hopes to expand the idea to include citizen volunteers next year.

"We're going to do this first try," Matthes said. "It's a pilot really to see if it works.  And what we learn we'll tweak, you know, how it works."

Matthes said volunteers will clean a stretch of Worley and Rogers between West Boulevard and College Avenue.