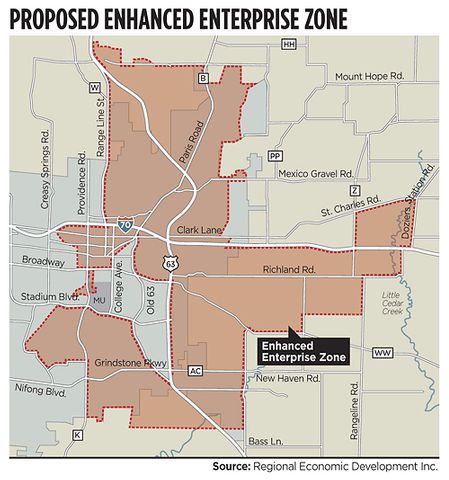 The petition would force council members to rescind the blight decree and to dissolve the advisory board. The group plans to circulate their petition at Columbia Public Library from 5 to 7 p.m. on Tuesday and Wednesday and on Thursday from 3 to 5 p.m.

The group is opposed to these enhanced enterprise zones because it could lead to abuse of eminent domain. They also have qualms that the zones could lead to declining property values.

According to the Missouri Department of Economic Development a zone eligible for an enhanced enterprise zone "based on certain demographic criteria, the potential to create sustainable jobs in a targeted industry and a demonstrated impact on local industry cluster development."

Proponents of the enterprise zones say the zones will provide tax incentives for existing and incoming businesses and create jobs and economic investment.