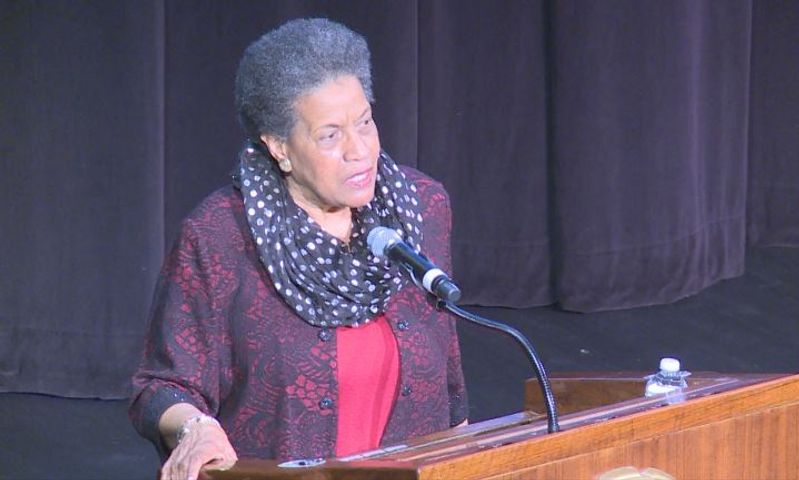 COLUMBIA - The community had the opportunity to come together to hear about issues of race relations in Missouri at the Missouri Theatre Wednesday.

Ratliff said tactics such as a recent march from Ferguson to Jefferson City are examples of how times have not changed.

"I was outdone at what happened on that march, and the names that we were called and the ugly things that were said to us. And so I could imagine. Everything happened to us except the beatings," Ratliff said.

Ratliff said the issues and challenges that African Americans face today mirror the issues from the civil rights movement.

"When we were marching through, it mirrored for me. I felt like when I went to see the movie Selma after that march, I felt like I was in it," Ratliff said.

When it comes to race relations, Evers-Williams said the country has a lot of planning to do in hopes of making a difference together.

Evers-Williams said all of the recent murders have brought attention to racial issues.

"For myself, there are times when I feel as though I should buy a hoodie and go through neighborhoods in the dark of night, neighborhoods that are not accustomed to people of color. Being in them and see what kind of reaction I would get," Evers-Williams said.

She said racial issues that she and her late husband, Medgar Evers, experienced during the civil rights movement reflect on the issues of today.

She said the violence and police brutality in Ferguson is one example.

"The tears, in a sense have helped wash some of the brutality away. But then we are reawakened with Ferguson and other places," Evers-Williams said.

She said she has hope for the future progression of the country when it comes to race relations.

"As my late husband, Medgar Evers said, 'It's worth fighting for', and I still believe that," Evers-Williams said.