Civil war artifact up for grabs between rival schools 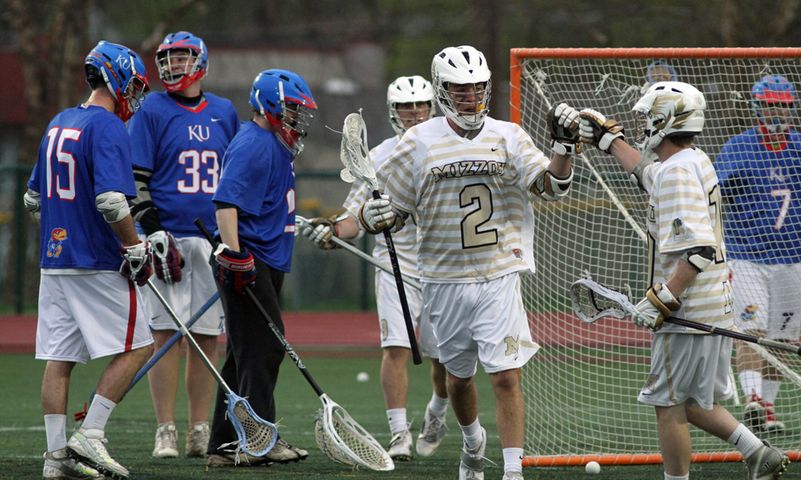 Although Kansas and Missouri have played each other in club lacrosse since the start of the programs, the Border War trophy didn't come into play until 2005.

"Our previous coach Kyle Hawkins decided 'You know we play every year against each other, we should have a trophy for it.' Because of the civil war past and the history with KU, they decided to do a civil war sword," said current Mizzou Club Lacrosse Coach Clayton Melrose.

Each year since its creation, the winner of the Border War game gets to take home the sword. The trophy has spent most of its time in Columbia and the team hopes to continue to hold on to it.

"I think we've lost two or three times," said Melrose. "It's always been around, it's something we look forward to holding onto."

The sword is an added incentive to an already hyped up game.

"When we play KU it's a big deal and they know it is and we go for the "w" every time," said sophomore player Andrew Becker.

Those on the team from outside Missouri even understand the seriousness of beating Kansas.

"I don't know a lot about the whole Border War but I've heard it's a pretty big deal. I guess this is one we really can't lose they said so it's a big deal," said sophomore player Kevin Boyle.

The Mizzou club lacrosse team will play host to Kansas Saturday, April 11th at 5 pm on Stankowski Field. Mizzou looks to defeat Kansas and bring the sword home for the fifth year in a row.