Classes canceled for School of the Osage after buses vandalized 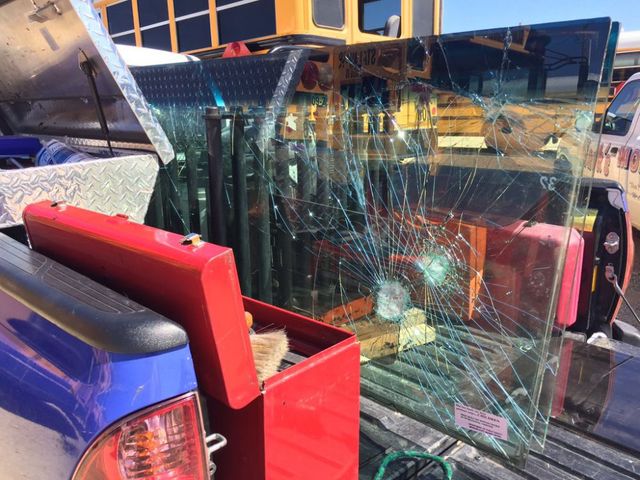 MILLER COUNTY - School of the Osage will hold classes Tuesday after it canceled school on Monday because of vandalized school buses.

School of the Osage Superintendent Brent Depee said the district's transportation director called him Monday morning and told him he found a lot full of damaged school buses.

"It was quickly identified that we had 17 out of 33 buses out of service," Depee said.

He said the district sent out an automated phone call to let parents, faculty and staff the district would not hold classes on Monday.

Depee said the vandalism included air being let out of the tires and bus windows and windshields being smashed. According to the district's Twitter page, the buses were vandalized on school property.

School was not in session Mon April 4 due to vandalism of the buses on SOTO property. If you have any info please contact 573-365-4091.

Depee said insurance will cover most of the damage costs but the district will have to cover the rest.

"It's criminal," he said. "I hesitate to say the cost, but this is in the thousands of dollars of costs for the school district."

The district said it has security footage of the vandals from surrounding buildings.

The district said it has received all kinds of support from the community so it could have school Tuesday.

Depee said the district will add an extra day onto the end of the school year to make up for missed class.

"Every time you miss a day you have to make that up," he said. "So now our last day of school will be May 24."

Osage Head Start in Lake Ozark was also closed Monday because of the school cancelation.