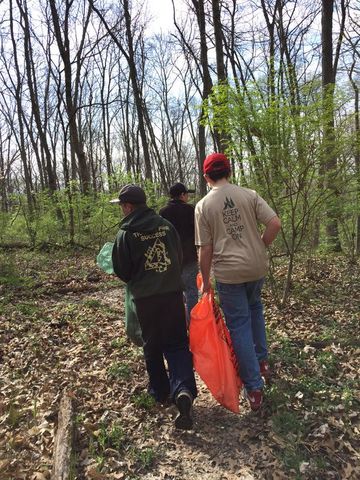 Organizations tredged through parks, streams, and alongside roads in an effort to make Columbia clean.

Groups such as Boy Scout Troop 4 were just one of more than 105 organizations and nearly 1,200 volunteers that signed up to volunteer.

Boy Scout Cody Rachheellelle who has participated in the cleanup the past five years said he enjoys helping out.

"It's actually a pretty fun job because you get to see a nice park," he said.

Rachheellelle also said he enjoyed seeing the park and liked being able to see the way people treated the area around him.