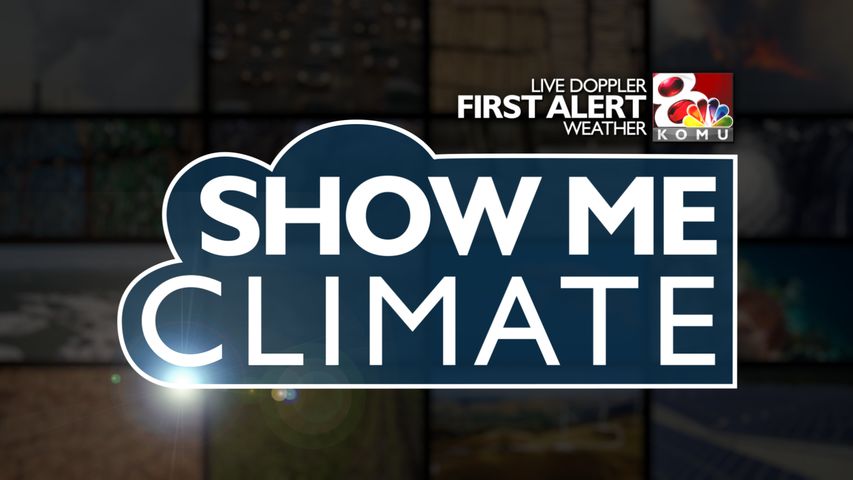 COLUMBIA — In an earlier story we discussed the difference between weather and climate. While they’re not the same thing, a changing climate does change weather patterns.
One thing I have to note before we get into this is that we still cannot link anthropogenic climate change (man-made climate change) directly to each weather system. Just because we have a terrible hurricane does not mean it is due to climate change. When a tornado is ravaging the earth, it cannot be directly linked. However, what we are seeing is more extreme weather. That means we are seeing stronger hurricanes more often. When it rains, it pours…causing more flooding. When it’s dry, it turns into a severe drought more frequently. So, while each singular weather system cannot be linked directly, overall we are experiencing more extreme weather more frequently, with less of the in-between.
As you know by now, the world is warming at an unnaturally rapid pace. Climate has warmed by 2-degrees Fahrenheit since 1880. And eighteen of the 19 warmest years all have occurred since 2001, with the exception of 1998. The year 2016 ranks as the warmest on record.
Each region of the world is changing differently. The good news is, some areas are still below average each year. Can you imagine a world where absolutely nowhere produced a below average annual temp? Talk about out-of-balance.
The central United States has been one of the cooler areas recently, including here in Missouri. There’s a reason for that…and it has to do with rain. When the ground and air are wet, the Sun's energy goes more into the moisture and evaporating that moisture than actually heating the air. So, when the air is drier (think desert-like), the temperature can reach into the 100s. However, when it is a wetter, more moist period, the temperature will stay lower, in the 90s, but the heat index and humidity will be higher, still resulting in dangerous conditions. This can also lead to warmer nights than if the air were dry.
In our warming world, it is important to note that for every 1°F of temperature increase, the atmosphere can hold 4% more moisture, which means there’s more available to fall as rain or snow. While some areas are dealing with an increased frequency in flooding, others have experienced prolonged extreme droughts. California’s 2015 drought cost billions of dollars.
When it comes to the tropics, category 4 and 5 hurricanes have all increased in frequency since the 1980s. In fact, the past 4 years have had five category 5 hurricanes to hit the United States: Matthew (2016), Irma (2017), Maria (2017), Michael (2018), Dorian (2019). Hurricanes have also been trending slower along coasts, stalling, and dumping record amounts of rainfall, and the other impacts that come with a hurricane standing still. New research on the track of hurricanes suggests hurricanes are increasingly stalling over coastal regions and dumping record rainfall because of this. Two recent examples are 2017’s Hurricane Harvey over Texas and Hurricane Florence over the east coast in 2018. I’ll note again this research does not link attribution directly to anthropogenic climate change. Regardless, it is a real trend that coastal regions will need to plan for because the as the climate continues to warm, this trend is expected to continue.
This isn’t only in the Atlantic, either. The past decade has recorded most of the strongest tropical cyclones worldwide.
You have probably noticed, our seasons are changing, too. The first freeze of the year is happening later and the last frost is happening sooner. That means the growing season is longer while winter is getting shorter. And yes, we will still continue to have winter! It is just shorter and warmer. It will still feature winter weather extremes, too. Remember, more moisture in the atmosphere also means more snow.
Overall, the Midwest is expected to deal mainly with extreme heat, drought, heavy downpours and flooding that will affect infrastructure, health, agriculture, forestry, transportation, air and water quality, and more. I’ll be digging into these on future Show Me Climate segments.

The difference between weather and climate; comparing past warming pace