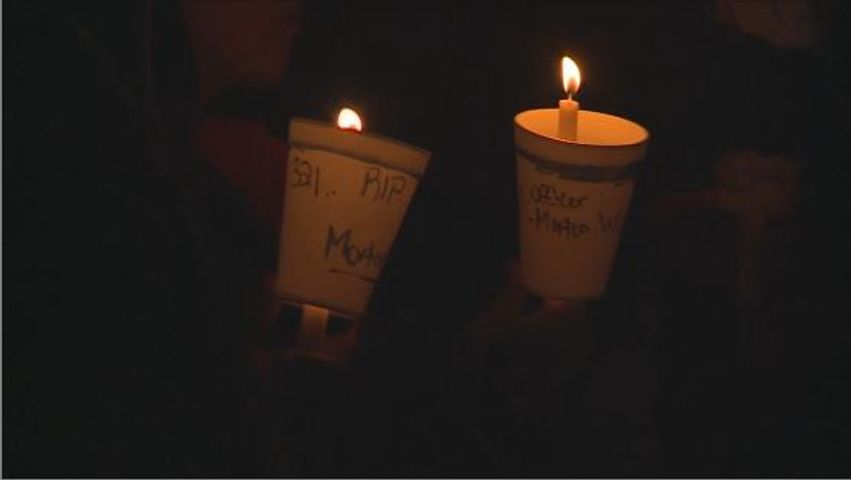 The 32-year-old officer was shot and killed when responding to a 911 call at the wrong address. Two other officers were also shot. Officers later found the suspected shooter, James Waters, dead inside the home.

Those who attended the vigil heard from members of local law enforcement and Officer Morton's parents also spoke. Most of those in attendance were residents from Clinton.

Many expressed how saddened they were that this was the second time in one year they've had to lay one of their officers to rest. In August, Officer Gary Michael was shot and killed during a traffic stop.

"It's a sad time. Nobody likes to say goodbye to a son, and this young man is Clinton's son. Way too early, our hearts our broken," Reena Hicks said, a Clinton resident who attended the vigil.

Before the vigil, a visitation was held from 2 to 6 p.m. Law enforcement from across the state came to pay their respects.

"Guys like Christopher are very rare," Alfred Cateon said, a friend of Officer Morton's. "You can see how much he's loved...he'll be dearly missed."

Officer Morton's funeral is scheduled for Monday at 11 a.m. at the Benson Center in Clinton. A procession will then follow from the center to Knob Noster Cemetery.