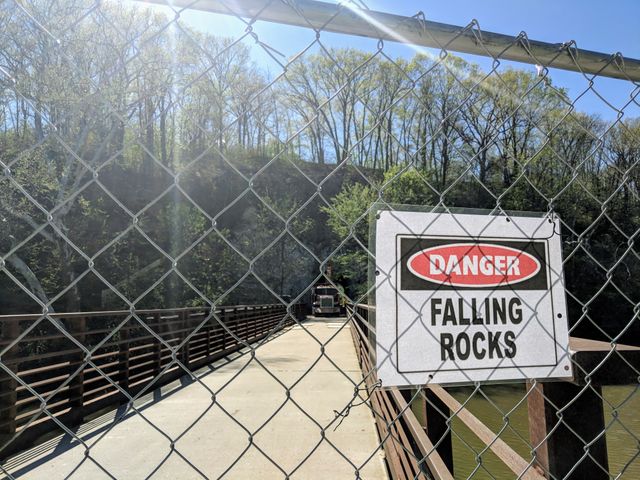 ROCHEPORT - Missouri State Parks said a tunnel on the Katy Trail will be closed for at least another month, meaning bikers and pedestrians will need another way around to get to Rocheport.

Melanie Smith, the Katy Trail Coordinator with Missouri State Parks, said the Rocheport tunnel is closed for maintenance until mid-May. Smith said they are focusing on removing trees above the tunnel that could fall and pose a risk to bikers if left alone.

In addition, Smith said crews are working on the scaling process, meaning the removal of excess gravel and rocks from the tunnel's entrances.

Smith said information on the status of the trail's closure is posted on the Missouri State Parks website. However, that information never reached some of the people who needed it the most.

Brett Dufur, innkeeper of Katy Trail Bed and Breakfast in Rocheport, said there's been activity around the tunnel for a while.

"For the last few weeks, the Department of Natural Resources has been clearing quite a few trees from the top of the bluff above the Katy Trail tunnel, and it's just left a lot of residents with a big question mark on what is going on," Dufur said.

But the closure is affecting more people than the local residents.

Deb Cary came from Massachusetts to bike the Katy Trail. After biking nearly 80 miles over three days, she found out from another biker that the Rocheport Tunnel was closed.

"Just as we started on the trail this morning, that's when we realized that was going to be a problem," Cary said.

The Missouri State Park website said bikers should take a detour along the shoulder of U.S. Highway 40. Cary said she couldn't do that because she was pulling a cart along with her. She said she took a 20 minute shuttle ride from New Franklin to Rocheport instead.

The repurposed railroad tunnel was completed over 120 years ago, but Smith said there aren't structural issues with the tunnel.

While Dufur still has questions as to how long the tunnel will be closed, he said the tunnel is an important part of Rocheport's heritage.

"We're grateful for it still being a part of our community and appreciate what the DNR is doing to stabilize and preserve that local gem," Dufur said.