Coffee May Delay the Onset of Alzheimer's 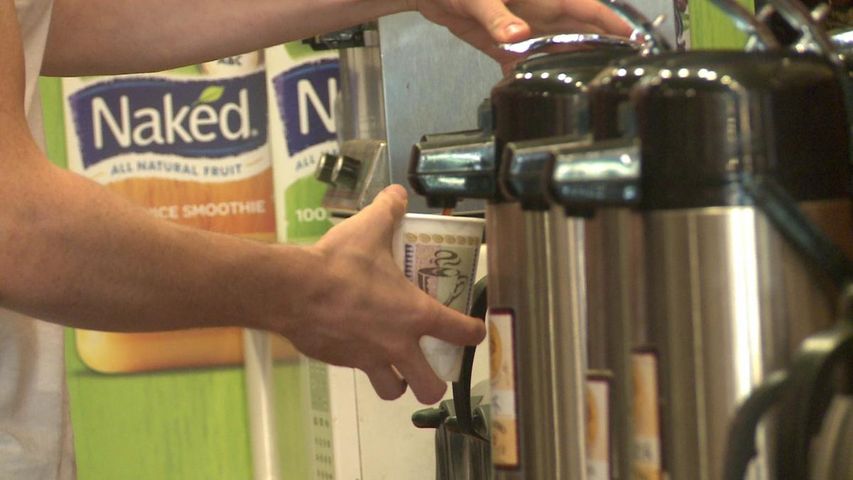 The Journal of Alzheimer's Disease published a study that found a correlation between the caffeine levels in the blood and the progression of dementia and Alzheimer's.

Researchers from the University of South Florida and University of Miami conducted the study with 124 people between the ages of 65 and 88 years old. Those subjects were monitored for a total of a four to eight year period.

The study determined that the participants who had higher amounts of caffeine in their blood systems (51 percent higher) were less likely to progress from having a normal memory to mild cognitive impairment and finally to dementia.

Andrew DuCharme, the general manager at the Lakota Coffee Company said that there has been an increase in business since the study came out, but he will not be able to tell if the two are related for a couple more months.

"There's definitely a chance, good chance [there is a correlation]," DuCharme said. "I just can't say 100 percent yet. We've definitely seen an increase in business, that's for sure."

"I don't think it impacts me," Grupe said. "I like to drink coffee anyway."

"I drink coffee because it keeps me awake and I like the taste and I would say that I'm probably addicted," Tauber said.

Tauber was skeptical about the validity of the study.

"I kind of want to drink less coffee, just because I drink a lot of it. But, the other thing is, these studies come out, and then they're reversed," Tauber said. "I'm not sure I believe the results."

In the last year, studies have been released that say coffee can have a positive health impact on many aspects of life. These studies include a lower mortality risk, a decreased risk of endometrial cancer in women and a decreased risk of depression.