Cold temperatures this weekend could lead to freezing crops 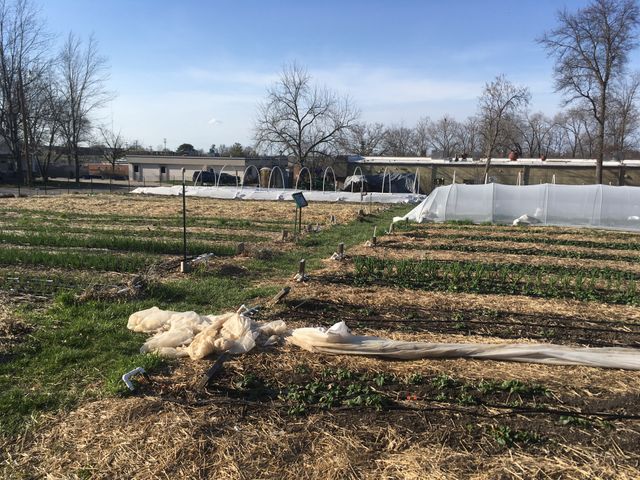 COLUMBIA – Unusually cold weather for this time of year is making some mid-Missouri farmers weary.

Though temperatures were high on Thursday, KOMU 8 Weathercaster Tim Schmidt said it would cool down again this weekend, along with the possibility of snow. There will be a freeze warning from Friday night through Saturday morning.

“Temperatures are going to be around 19 to 22 degrees,” he said.

He said certain crops already planted could be sensitive to the freezing temperatures this time of year. This includes the garlic planted at the Columbia Center for Urban Agriculture’s urban farm.

CCUA donates all of the produce from the Urban Agriculture farm to local food banks and hunger relief outlets. However, the frost could set back the growth of some of the crops.

“All of mid-Missouri will be below freezing over the next several nights,” Schmidt said.

This can cause stems to freeze and eventually kill the plant. But if snow hits mid-Missouri, Schmidt said that could actually be a good thing.

“Snow can oftentimes act as an insulator to certain plants,” he said

“I’m hoping Friday night we actually get a good snow leading up to the hard, cold temperatures that night,” Minnick said.

Schmidt recommended putting a blanket or tarp over plants that are already growing outside. Minnick agreed with Schmidt, recommending covering plants with “simple things like straw or leaf mulch or even grass clippings.”